For decades, evaluations of recently-completed buildings in the UK and elsewhere have revealed major differences between the expectations (of clients, designers and regulators) and actual outcomes in use, not least the now-notorious energy performance gaps (e.g. Coomber, 1990). Now that the UN and many others have declared a climate and environmental emergency, people are waking up to the need for radical changes in the way we procure, design, alter, manage, occupy and maintain buildings. Instead of diverging from good intentions, we must converge onto good outcomes.

The UN says that global greenhouse gas emissions should be half of the 1990 levels by 2030, reaching zero carbon by 2050, and preferably sooner. This implies large reductions in energy use of the entire building stock. Half a century ago, the 1973 oil crisis gave society a wake-up call, so by 1979 the RIBA Energy Group was able to publish a book including 50 case studies (Kasabov, 1979). In the 1980s, this momentum fizzled, as “market solutions” dominated any professional concerns. Although energy demonstration projects continued until 1989, any disappointing results could not be published, allowing mistakes to be repeated.

The 1992 UN Rio Conference on Environment and Development put sustainability, energy and carbon firmly back onto the global agenda. The 1990s also saw a number of UK studies into how buildings work, including the Probe series (see the special issue on the lessons from Probe). In 2001, when the EU’s Energy Performance of Buildings Directive, said “the actual energy performance situation should be taken into account to the extent possible”, I thought the job was nearly done. Far from it: in many ways things got worse, with an emphasis on features (like on-site renewables) and on theoretical calculations of “regulated loads” only - not on the real outcomes.

Systemic failures are now blindingly clear in the ways we procure, design, build, regulate and manage buildings; and the “hand over the keys and run away” culture, not just of designers, builders and project managers, but of procurement departments of many large clients, including government ones. These are symptoms of “wicked problems” that permeate society, not just the industry. We have not closed the feedback loop from how buildings actually work to what people do. Buildings last a long time, making their performance more a matter of public than commercial interest, but government and the professions have failed to address the issues of performance and stewardship. To do so will require changes in ethics, values and practices (e.g. special issue on New Professionalism).

In this context, this book makes a timely contribution to the urgent transformation now required. As its title implies, it is mostly about achieving better occupant satisfaction with lower operational (but not embodied) energy demand. The three architect authors (a practitioner/ researcher, a journalist and an academic with close connections to practice), have studied buildings in use from their various angles, including seven educational buildings by the practice of one author, studied as part of Innovate UK’s Building Performance Evaluation (BPE) programme (2010-14). The authors say the book will allow “… designers to understand the factors that impact people’s comfort and satisfaction and the energy use of buildings, and track them across the life of a project to ensure that the buildings perform as intended”.  It should also be of interest to architectural students, and practitioners and students in related disciplines, in particular building physicists and building services engineers. Ideally, some clients, project managers and policy makers would read it too.

The book is concise, with short chapters of 8-18 pages each, nearly half devoted to illustrations. Chapter 1 outlines the nature and origins of performance gaps; the unsuitability of the salami-sliced procurement routes now widespread, but which lack a clear guiding hand from beginning to end; the importance of interdisciplinary effort; and the need to focus on user experience and end-use performance. It argues that architects must get involved in follow-through and feedback, and not leave it all to specialists – typically (though seldom sufficiently) by the engineers who designed the moving parts. The idea is not new: the very first (1963) edition of the RIBA Plan of Work included Stage M – Feedback, in which architects would lead the client, design and building team into a review of the building, its procurement, the outcomes, and how they related to the original brief. Sadly, in 1972, the RIBA removed Stage M from Architect’s Appointment, because clients would not pay for it. Since then, there have been more false dawns (Bordass & Leaman, 2015). Today’s changed expectations, and contributions like this book, should stop this happening yet again; and give more substance to the 2020 RIBA Plan of Work, and its recently published Plan for Use guide.

Chapter 2, Design for people, is mostly on heat, light, sound and air. It recognises that occupant surveys can give insights that also call the results of physical measurements into question. For example, in three Academies (secondary schools) mentioned in the book, occupants rated one poor, one below average, and one good, although monitoring instruments showed very similar results. Tantalisingly, here and elsewhere, the reasons are not elucidated: one really needs the stories and contexts, not just the results.

In Chapter 3, Energy metrics and benchmarks, I had anticipated a method of establishing client and design aspirations early in the briefing process, relating them to available benchmarks, and managing them through the design and construction process and on into use. But it turned out to be more of an overview. Chapter 4, Design for feedback, somewhat alleviated my concerns, but I would have liked something more practical. It makes a plea for better energy modelling, but we also need better communication between architects, clients, engineers and modellers. Many performance gaps I have unearthed arose because simple descriptions and numbers were absent at the design stage: if only the architect had asked some awkward questions and insisted on clear answers.

Chapters 5 to 8 deal with four principal aspects of design for energy and people: Building context and configuration; the Fabric; Technical systems; and Controls and user experience. Again, the chapters touch on a variety of topics, but may leave readers unsure about how to apply what they have read. The flowcharts at the end of each chapter help, summarising how topics can be pursued through five stages of a project: Plan, Design, Procure, Use, Learn.

Chapter 9 contains seven eight-page case studies: a theatre, three offices and a housing development in the UK, an office in the US, and a school in Denmark. Why were these particular examples chosen? There is no compare-and-contrast, not even a contents list. A diagram does suddenly appears on the final page of Chapter 10, comparing their annual energy use in kWh/m2 of heat, electricity and renewables, but with no end-use breakdowns. Some figures in the case studies are curious, for example the US office cost over £7000/m2, with 10% of this attributed to the measures to make it zero-carbon. Since buildings in the US are usually cheaper, why was this office two or three times costlier than the UK examples?

Chapter 10, Contract for performance, considers how to incorporate targets and feedback into procurement systems. The authors propose a Building Performance Register (BPR) to identify the Goals for the project, Methods used to achieve them, Risks of all kinds, and Responsibilities – who does what. The BPR can then be used to track and share requirements (particularly for energy, occupant satisfaction, and user interfaces) down the supply chain, and help stop things drifting off target. Its application is then illustrated for each Stage of the RIBA Plan of Work.

From my perspective, procurement methods are a principal cause of performance gaps, and a potential remedy, so it would have been nice to see  more about process, culture, leadership, management and communication. It might also have drawn on documentation and experiences from Soft Landings, which was mentioned in several places, but not explained. If an expanded Chapter 10 had been put after Chapter 4, examples of setting, reviewing and managing expectations through a project could have threaded through all the material in the later chapters. Maybe that is for a second edition: there is much current activity, which could be incorporated in a year or two.

Although more a voyage of discovery than the how-to-do-it guide anticipated, the book deserves to be read widely. If it helps practitioners, students and clients to see the big picture and embrace the many needed changes, it will have succeeded.  In its Foreword, Robin Nicholson says:

If every building design practice devoted one hour a week to reading one chapter, and then discussed their work through this lens - preferably with their favourite engineer and client - then in just ten weeks we would be a much wiser industry.

I urge every design and engineering practice to follow this sage advice; then state publicly what they plan to do differently; and work with their institutions, colleagues and clients to bring about the systemic changes that we so urgently need. 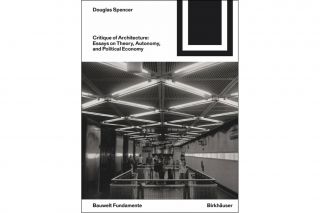 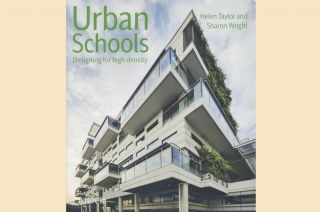