Critique of Architecture: Essays on Theory, Autonomy, and Political Economy

Construction historian Andrew Rabeneck reviews this book which explores whether architecture can overcome the shackles of neoliberal capitalism.

Douglas Spencer’s first book The Architecture of Neoliberalism (2006) ended on a plea for the ’Necessity of Critique’, and the new book aims to deliver a basis for that. Spencer frames it as an effort to recover critical theory for architecture at a time when Critique itself is supposed to have ‘run out of steam’ and to have become mocked and debunked as outmoded and pointless.

The Architecture of Neoliberalism examined the part played by contemporary architecture in refashioning human subjects into the compliant figures - student-entrepreneurs, citizen-consumers and team-workers - complicit in the widespread implementation of a form of existence devoted to market imperatives. Spencer was among the first to draw attention to the enslavement of architecture by late capitalism, and now he wants to do something about it.

The new book consists of eleven essays, some re-published, rounded out by a dialogue with Miloš Kosec, a Slovenian architect, and with an introduction from David Cunningham, another guru of current architectural theory. It is organised into three sections. The first - Architecture, Deleuze and Neoliberalism - addresses architecture's embrace of neoliberalism, the consequences thereof, and its willingness to provide platforms for capitalist expression. The second - Autonomy: Architecture and the Politics of Depoliticization - consists of three re-published essays that suggest resistance to neoliberal capitalism is futile, whether protective secession from the economy or the use of technologies to affirm individual freedom and entrepreneurship in design. Section three - Reckoning with Theory - criticizes current architectural theory for not properly accounting for the relations between architecture and capital. He criticizes Bruno Latour's Actor-Network Theory for overlooking the agency of the biggest actor of them all: capital. Spencer also criticizes Patrik Schumacher and Christian Rogner's 2001 'After Ford' essay that saw the Ford company's Detroit rescue initiatives as participatory and open, rather than traditionally controlling, as he believes. There is a chapter on the disappearance of signification and symbolism in public architecture, in favour of accepting things straightforwardly, as they present themselves. Finally, Spencer addresses the limitations of history and theory in understanding relations between architecture and capitalism. He smiles on Tafuri's insight that one must see architecture as directly productive for and within capitalism.

Unfortunately, Spencer's writing style does not help the reader trying to gain a clear understanding of the theoretical ideas he discusses; sentences are often clumsily constructed and are propped up by unhelpful neologisms. He seems keen to impress rather than to explain clearly, so his often very good insights get lost in dense allusive prose that is hard to follow. His thought is not analytical in an academic sense, but in the tradition of architectural theorists who have borrowed heavily from various scientific and philosophical trends, typically using/repurposing ideas as metaphors, whether the cybernetics and system theory of the 1960s, the linguistics and semiotics of the 1980s or more recently the work of Gilles Deleuze and Felix Guattari, whose thought seems to be in tune with neoliberal capitalism in their love of the new, of non-hierarchical and flexible patterns of organisation, and elusive concepts such as 'folding' and 'smoothing'.1

Spencer accuses this mode of thought of leading architecture to become a mere instrument of control and compliance within the neoliberal capitalist state. Hence the need for a fresh critical approach to defining the relationship between architecture and capital. But whether a fresh approach to such a big question can be found in today's architectural academy is questionable.

Furthermore, neoliberal economics, the global mobility of capital, and the globalised trade and investment it engenders have successfully marginalised architectural culture. For example construction research and control of construction knowledge is now dominated by industrial corporations rather than public institutions (Rabeneck 2016a). The activities and the thoughts of architects are of only incidental interest to capital. Although architects remain politically important because of their social and cultural position within society and their ability to win political support for capital proposals, they are no longer master-builders, or even mediators between supply and demand. Architects have not sufficiently embraced building science and remain indifferent to the systematic measurement of the performance of buildings over time (Bordass and Leaman 2014); they have failed to develop a body of shared knowledge about clients and building use; they have kept the building industry at arm’s length. Instead, many prefer to remain intellectually isolated inside the ‘ghetto’ of architecture schools (Millais 1998). This ‘retreat’ further marginalises both architects and their works. Architects are increasingly just instruments of capital, while globalised development firms, material and product manufacturers control the actual processes of construction (Rabeneck 2016b).

The predicament of architecture may be a matter of anxiety and regret for Spencer, but it is hard to see how hermetic philosophising from within the academy can improve things. The locus of "architectural discourse" is too remote from the world of construction and users’ needs, in theory and in practice, to have much impact on capital. To make things even harder, some leading architecture schools, particularly in the Anglo-American diaspora, have been distancing themselves from the world of construction for half a century. The design world created by successful teachers of design units is highly attractive to potential students, drawn in by lavish publication of unbuilt projects, by extravagant exhibitions of work at year end and by rich esoteric architectural publishing.3  It is a self-perpetuating system which suits those involved, helped along by the increasingly productivist ethos in some tertiary education institutions that effectively licences them to ignore the often academically doubtful content of the design courses. This is a hermetic and successful example of neoliberalism at work that will not be displaced any time soon, nor is it likely to become the source of a reset in the relations between architecture, construction and the needs of actual building users.

1 Deleuze and Guattari's work was celebrated in a 1993 edition of Architectural Design, 'Folding in Architecture', edited by Greg Lynn. Despite their popularity in humanities departments, they have many critics among philosophers, and are often accused of spurious displays of erudition at the expense of enlightening the reader. For example. in Fashionable Nonsense (1997), physicists Alan Sokal and Jean Bricmont accuse Deleuze of abusing mathematical and scientific terms, particularly by sliding between accepted technical meanings and his own idiosyncratic use of those terms in his works.

2 Ulrich Conrad founded Bauwelte Fundamente in 1963 to be a series of fundamental texts on architectural and planning theory. It now numbers over 150 volumes. Conrad became known in the anglophone world through his Programs and Manifestoes on 20th Century Architecture published by MIT Press in 1976.

3 The journal Grey Room, the publications of Anyone Corporation, Architectural Design and many other titles provide platforms for the debate of architectural theory and publishing credentials for the teachers in design schools.AA Symposia are re-run on YouTube with titles such as "The (Dis)enchanted subject of Architecture" 2016.

Rabeneck, A. (2016a). The place of knowledge in construction, in J. Campbell (ed.) Further Studies in the History of Construction. Cambridge: Construction History Society.

Spencer, D. (2016). The Architecture of Neoliberalism: How Contemporary Architecture Became an Instrument of Control and Compliance. London: Bloomsbury. 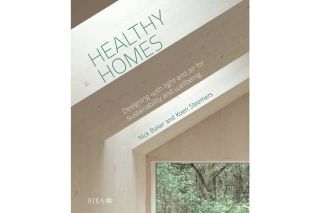 Previous
Healthy Homes: Designing with Light and Air for Sustainability and Wellbeing 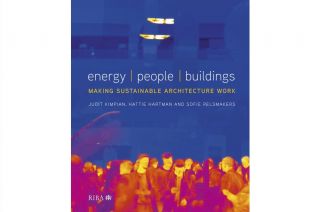