Sunand Prasad (Penyore and Prasad Architects) reviews this book which raises important issues about the architectural profession, the practice of architecture and its capabilities for championing the public good.

The importance and timeliness of the central concern of this book can hardly be overstated. Architects aspire to enhance and protect the public good but the reality is that often the practice of architecture is influenced by external factors outside the control of architects which compromise these aspirations. The architecture profession is in a confused, confusing, and vulnerable state. That holds globally, though that is as far as we can take such a generalisation, and return to the US (mainly) and UK (to an extent) which form the context for Tom Spector’s enquiry.

The author is clear about his purpose: he wants to “envision a better way to practice architecture so that the good of the profession prevails” and to “find a strong ethical justification for [the profession’s] protected status”. He believes that the key to this lies in finding a common purpose of serving the public good. To do so we must understand the problematic professional aspects of current practice of architecture; how this operates in capitalist economies; what, or who, exactly is the public; and how the public relates to the private. Wide ranging analyses as well as prescriptions are offered along the way. In the fifth and final chapter “Towards and Architecture of Publicness” Spector tackles what a conscious orientation towards accommodating public purpose might look like alongside what behaviours in practice might serve the public better.

This is an erudite architect and educator speaking passionately, often in the first person, to fellow architects, sharing the results of his reading and thinking of over 20 years. The contents of the book are based on a number of presentations and essays produced between 2001 and 2017 and therein lie the strengths of the book as well as its omissions, some of which were puzzling at least to me as a student of this field and as a practicing architect.

To take its considerable strengths first: the book has absorbing, wide-ranging explorations of fundamentals such as who is the public, what is the economic value of design, how feminist critiques may lead to a richer understanding of the relationship between public and private, how the internet and social media have affected, but more importantly have not served, the public sphere. Some of these are in effect academic papers, drawing on wide range of sources: Jurgen Habermas and the decline of the public sphere, Michael Warner and the impact of ‘counter-publics’, Richard Rorty on ethnocentrism in the context of working for a client with illiberal politics or cultures and several others.

At the same time, Spector riffs on his own observations and experiences, often putting his finger on the some of the key obstacles to ethical practice. Just as it has been said that most Americans “consider themselves as either rich or pre-rich”, he suggests, “architects are led to consider themselves either as famous or pre-famous”. The masses are encouraged to identify with the elites regardless of any possibility of their achieving such status. He suggests that this flows through into the way codes of conduct are drafted – more to sustain the practices of the elites than express “our ideals or our cherished values”. He is very much on the side of the great majority of architects who are the reason that the profession retains the respect it has; little of which is due to what appears in the pages of Architectural Record or similar magazines. In an era when the majority of the workforce describes themselves as professionals, I personally have doubts about the project to devise ethical codes that make the profession stand out from purveyors of other services. It smacks of another kind of elitism. However, Spector’s focus on responsibility and what I interpret as the imperative of high awareness of consequences is compelling.

The thorough analysis of the American Institute of Architects “Good Design is Good Business” programme is a welcome questioning of the efforts to convince people of this credo. It’s not that good design has many business benefits, he believes, but if the cause of good design “is given over entirely to the profit motive, the profession ceases to exist”. There is a parallel in the UK. The Commission for Architecture and the Built Environment (CABE) made a contemporaneous attempt to persuade public bodies of the value of design. It met with some success, but the adhesion was weak and the incoming coalition Government in 2010 defunded CABE and introduced public procurement regimes which de-prioritised good design. Spector actively believes in arguing directly for the intangible value to the public that can be delivered through the right kind of practice and cites many examples of the threads that might be woven to create public good. A particularly absorbing exploration of this involves the debates within feminist theory and the idea of an architecture of care: it is argued this helps negotiate the private and the public interests. And, although not dwelt on at length, the potential of the climate emergency to “push architecture’s other ethical dilemmas to the background" is well argued.

There are some omissions. I would have liked an exploration of what is meant here by ‘architecture’, if not as detailed as that of ‘Who is the Public’. For example, there are assumption about artistic content and authorship that it would be illuminating to deconstruct. I missed a more thorough understanding of history in the chapter ‘The Architecture Profession and Capitalism’ as that would have illuminated many of the problems identified. There is little about the context of the architectural professions within the idea of professions in general. For example, what is different about architecture and the public good, compared to engineering or planning and the public good? By extension might interdisciplinary and multidisciplinary working in itself be an ethic to serve the public good? And how does the education of architects, which is as much social formation as acquisition of knowledge, affect professional behaviours?

Although Spector has experience of architectural culture, practice, and academia in both countries, some of the observations are relevant more to the context of the US than the UK. This is particularly evident in the discussion about public space and the desired publicness of architecture. The British Planning System when operated by the better motivated and resourced Local Authorities and the widespread practice of Design Review, are exactly the type of public interest practices that Spector thinks to be wholly absent.

Defining the project as being one of pinpointing the behaviours that would merit the protected status of the architectural profession certainly brings clarity to the book’s mission. But what if this model itself is no longer fit for purpose? The professions carved a niche in early 19th century by offering to patrons independent advice, avowedly separate from the interests of capital and physical labour, drawing on the precedents set by the clergy, the law and medicine. Perhaps this separation from the actors that materially deliver the built environment has outlived its usefulness, or become too compromised, or both? Perhaps the consequent lack of responsibility for delivery is now a source of weakness, of lack of influence and loss of status?

Architecture & the Public Good raises important issues about the architectural profession and the practice of architecture. The author is to be applauded for raising them and pointing to potential solutions. This book is of great relevance not just to architects but to everyone interested in the nature and quality of our built environment. There is a fair amount to debate and disagree about not least because some very big matters are addressed, and complex histories compressed, but the narrative consistently addresses pertinent and timely questions. 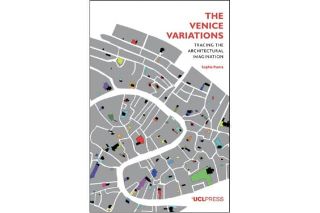 Next article
The Venice Variations: Tracing the Architectural Imagination