Alexi Marmot (University College London) reviews this book which considers the evolution of the modern office and how technologies and management theories have shaped office practices.

This fascinating book offers a wealth of insights into the evolution in office work from the 16th to the 21st century, the organisations and the containers within which it happens. Written by Rob Harris, an experienced property consultant who advises investors, developers, and policymakers on drivers of change in the economy and property markets, it reveals the author’s passion for both London and office workplaces. It looks to history in order to interpret trends in office work and workplaces, and then dares to suggest some possible futures.

Interestingly, each chapter is entitled with a verb, implying a continuous active process: recording; explaining; planning; building; mediating; working; managing; divining. This subtly suggests that London’s office economy is an unfinished story, a tale that is still and always will be in a process of unfolding, discovery and refinement. While the origins of the contemporary office derive from the clerical factory, the office as a ‘digital hub’ is a work still in progress, with the next steps still to be revealed. Readers may in fact consider themselves to be active participants in inventing, designing and implementing future digital hub workplaces.

Perhaps the most charming chapter is that entitled ‘Working’. It describes a series of successive brilliant inventions that aided the mechanical tasks that were an essential feature of earlier office work. Mostly developed in the 19th century, such innovations included methods of making paper cheaply so that it could be produced economically in bulk. As paper proliferated it energised the development of tools for writing and copying, and devices with which to sort, file and store the accumulating paper records. Readers learn of the people behind the creation, development and use of simple tools to cluster paper together such as metal spikes, pigeon holes, filing cabinets, manila folders, and ring binders. The invention of carbon paper followed by stencils, then mechanised copying, is fascinating, both for the technical imagination required in their development, and the rich sense of the multiplying numbers of clerks and paper-pushers involved in copying and filing that is conveyed to the reader.

How the tools of writing evolved is delightfully described.  Quills dipped in ink gave way to nibs made of steel in the 1820s, then to fountain pens with integral ink reservoirs in the 1830s, then to the first ballpoint pens in the 1840s. Ballpoint refinement had, however, to wait another ninety years until the 1930s when an effective system for evenly dispensing the ink was devised by a Hungarian named – wait for it – Biro.  His patent was later sold to a gentleman called Bich who formed a company named Bich Ink Company, or BIC, that still continues to sell millions of ballpoint pens across the globe every year.  Simple yet brilliant devices helping to organise and store paper records such as rubber bands, staples, paper clips and envelopes, all make their appearance as they are invented, proliferate, then later become all but obsolete as other inventions overtake them.

The geography covered by the author of necessity wanders into many parts of London from the City of London to the West End, then later spreading in every direction to the docks, suburbs and outer edges of the metropolis, to wherever office work flourishes.  Sadly, it ignores Whitehall and London’s public sector offices, and makes no mention of Port’s (1995) brilliant book, Imperial London, that elegantly describes both the buildings and workings of the Civil Service. It also touches on other countries, especially the US, reflecting the growing internationalisation of business and finance in the 19th, 20th and 21st centuries. The author reflects on the import and export of inventions in urban transportation, new office furniture, new spatial layouts, new management theories and the invention of information technologies that influence how the office economy has evolved from being paper-based to being driven by digital tools and electronic information flows.

How exceptional and influential is the scale and operation of London’s office economy – or is it simply following global trends? This is scarcely mentioned in this book though objective data from sources beyond the book reveal that New York is often ranked top internationally as a global financial centre, with London second, followed by vast, wealthy, urban agglomerations including Shanghai, Paris, Frankfurt, Zurich or Geneva, Milan, Nairobi, Sao Paulo, Tokyo, Seoul, Hong Kong. Atkinson’s (2020) book Alpha City: How London was Captured by the Super-Rich notes that ‘cities with significant financial sectors are the key nodes in a world economy that is increasingly financialised’ (p. 25). He suggests that London’s international attraction as a place for conducting financial and other business activities include its geography poised between Asian, Middle Eastern and American time zones, its past role in global colonialization, its current housing, schools, universities and cultural activities, numerous exclusive hotels, clubs, restaurants, and retail stores, as well as a tradition of a welcoming and accommodating government and banking system. Positive lessons analysing how London as well as other large international cities have responded to the changing digital global economy, and who benefits from their response, is an interesting topic for future research.

The overall message of Harris’s book for the future is that the office as a place is not disappearing but evolving, especially for ‘socialising, mentoring, training, collaboration, corporate opportunity, meeting and so on’ and that ‘there is a real opportunity to transform work and the workplace from a transaction to a social activity’ (pp. 295, 297). Implicit in this is that software or AI are increasingly used for all the data management – things that used to be done by clerical factories and then within the more modern digital workplace. Looking ahead, Harris envisions five levels of services within office buildings from the most basic reception and coffee bar meriting just a single star, through to five-star services that incorporate concierge, restaurant, lounge and conference areas, club facilities for fitness, health and wellbeing, cycle storage, showers and community events. He describes the new ‘Network’ office economy based on ‘weightless’ knowledge, with space on demand in distributed hubs, deploying technologies of artificial intelligence, augmented and virtual reality, automation and robotics. (p. 338) He envisages this workplace as part of a broader ‘work experience’ with the office as a reconfigurable stage-set responding to shifting demands (p. 343).

Two important sources of possible disruptive change to London’s offices scarcely feature.  The potential impact of Brexit in diminishing the importance of London’s future office economy is not mentioned and, due to the time of writing, there is only the briefest of references in the very last pages of the book to the potential impact of the Covid-19 pandemic on the future of London’s office economy.  The book ends by suggesting enigmatically that the idea of a ‘digital hub’ will give way to a network economy, with network offices providing services as they are needed, and an era of ‘un-real estate’.

If your bookshelves – or digital book files - already accommodate volumes on the office economy, office buildings, or London, then you really should reserve a place for Harris’s book.  But there’s also a need for another book on London’s office economy waiting to be written.  It’s a book where the spotlight falls less on the inanimate stuff of digitisation, urban form, buildings and interiors but rather illuminates the people who make it happen - the visionaries and risk-takers, investors and inventors, urban planners, architects and advertisers, company owners and managers.  It would describe the leadership and influencers who dare to dream and take risks in shaping a desirable, fair and sustainable future workplace economy - particularly how benefits can be more evenly spread from property investors and corporate share-owners to employees and citizens.  Our understanding would be enhanced by revealing the essential contribution of risky public investments in the supportive systems, along with the vast profits - and sometimes losses - incurred in creating the urban environments, buildings, infrastructure, tools and services to meet new economic demands.  Following the tradition of Toynbee’s Hard Work and Ehrenreich’s (2001) Nickel and Dimed, it’s a book that also gives a voice to the many people who work in the new office economy, be they queen bees or hard-working drones. So it includes tales of the security guards, the maintenance engineers, the cleaners who work when the desk workers have left, the window cleaners dangling outside in the elements, the people inventing, manufacturing and assembling the electronic devices of the digital economy. Perhaps Rob Harris will again be its author?

Atkinson, R. (2020). Alpha City: How London was Captured by the Super-Rich. London: Verso. 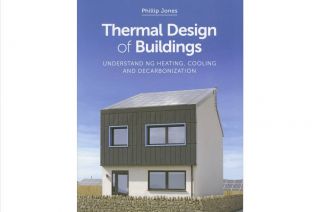 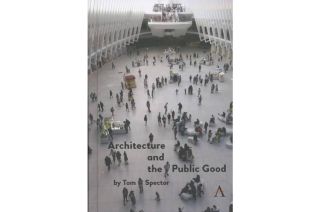 Next
Architecture & the Public Good