What works: this Swiss programme shows how a long-term, consistent approach by government and other stakeholders created a successful transition for construction SMEs. It could be adapted for a low-carbon transition.

Two new situations occurred in the 1970s.  The first was the end of the long economic boom which began after the end of World War 2.  This was interpreted as a 'Kondratiev' wave – a long-term intergenerational economic cycle (lasting approximately 40 years) of alternating intervals of high sectoral growth resulting from technological innovation and intervals of relatively slow growth. The second was the ’energy crisis’ which ended low energy prices.  This impacted on oil consumption and the increasing affordability of material consumer goods, particularly automobiles.

Such long growth periods had not existed before and their importance was not understood. Their visible effects were the increase of urbanisation, infrastructure and pollution. The political reaction to these changes were in general large public demand-side (investment) programs. The building and infrastructure stock changed, their renovation cycle was shorter and more frequent. It became clear that the maintenance of the building and infrastructure was a long-term task. The term 'built environment' encompassed a number of different economic and social phenomena. Renovation became the norm and the share of renovation activities was approaching 50%.

The 'Construction and Energy' Impulse programme

The Impulse programmes were initiated by the Swiss federal government in close cooperation with Swiss professional organizations, construction firms, education institutions and research institutes. The overarching aim of these programmes was economic: to stimulate innovation activities, maintain innovative strength and secure the long-term competitiveness of small to medium-sized companies. The programs were initially aimed at job creation, but the objective was soon enlarged to embrace to qualitative improvement of the building stock and energy savings. The focus shifted from short-term interventions (i.e. maintenance) to longer-term stewardship. This required a shift in thinking, new competences and practices, along with a comprehensive set of coordinated measures at different levels and for different professions / vocations. The 'Construction and Energy' Impulse programme was composed of 6 programs over 18 years (1978 to 1996).

Prior to 1978, existing professional education in Switzerland was nearly exclusively based on the realization of new construction. The knowhow for maintenance and operation were neglected. There were important and diverse knowledge gaps among many stakeholders: owners, users, specialists, authorities, planners, contractors and workers

The Impulse programs soon recognised and addressed the many knowledge gaps amongst stakeholders for the maintenance of the built environment. As a result, the focus shifted to qualitatively oriented economic growth, by creating the optimal conditions for the long-term development of the settlement structure and the infrastructure. The new perspective was the life cycle of the built environment.

The first Impulse program (1978-1982 ) developed a specific method for retrofitting existing buildings. It addressed planners, architects and engineers and developed a new method to calculate energy consumption, ways to improve the building envelope and practices to improve the heating and hot water systems. A method for the energy efficient retrofit and operation of existing buildings was developed.

The programme established and maintained technical and social contacts with a number of trade and professional organisations which had not been previously involved in educational programs. The programme’s ambitious goals necessitated the cooperation between specialists, experts familiar with the different fields and executives of the different professional associations. The choice of the courses, their content, methods and tools were proposed by small teams of “reflective practitioners” (Schön 1983, 1987). It was necessary to find specialists with awareness of the multiple long-term aspects of the built environment including urban planners, government authorities, cultural heritage specialists. The contribution from reflective practitioners was crucial for the programme. These specialists were already very active in their organisation and they could only participate in the program in relatively short periods (and in their free time).

The courses were tested in a prototype course before they were implemented. The documentation was established by the team and selected specialists for the different course and languages were contacted. The programme had significant impacts. There were 151 types of courses, 1659 delivered courses, over 68,000 participants, 186,400 manuals and 416,700 documentations (see Table 1). The rapid development of the different programs in 3 languages was a complex process combining technical as well as teaching and social competences. It advanced quickly and profited from the knowledge and experience of reflective practitioners.

The governance of the programme was straightforward.  The strategic and financial direction were in the remit of a committee, composed of the representatives from the participating organizations. Each of the 6 programmes had a programme director and each of the courses had a working group composed of specialists and reflective practitioners. For special tasks short time groups were created. The practical organisation of the courses (infrastructure, participation, finance) was assumed by the professional organisations.

A considerable number of tools were elaborated for the courses and could be adapted and used by interested groups and professionals. For example, the first Impulse programme developed a specific method for the retrofit of existing buildings called 'Grobanalyse'. It developed a new method for architects and engineers to describe the retrofit object (e.g. building) and to evaluate the state of the 50 building elements. Based on the same data it calculated the cost (and later the energy savings) of the retrofit. The diagnostic process lasted 1 day and the result was a project brief which proposed different levels of retrofit. The costs were kept low: approximately the fee for one day’s work of a specialist. The client received a report with different interventions (degree, immediate or later), scope (fabric, heating and hot water systems, etc), probable cost, and probable energy consumption. A complete and validated method for the energy efficient operation of existing buildings was also developed. The method was used for the documentation, analyses and the basis for the long-term management of different building stocks. and documentation of larger buildings stocks.

The programme was successful for several aspects of retrofitting different types of buildings and building stocks. The structure of the governance integrated different professional competences into a transdisciplinary approach. The governance allowed a high flexibility and adaptability during the programme. It developed new forms of knowledge transfer (models, scenarios etc.) established a consensus between professional organizations, research and development, and public education. The intervention of their 'reflective practitioners' created a high level of professional practice. The programmes produced a large number of manuals, documentations and software (in 3 languages) written by experts and relevant for immediate knowledge transfer into professional practice.

The most important drawback of the programme was the fact that it was terminated, so the information was not updated and no longer widely disseminated. The creation and conservation of professional knowledge and practices were central objectives of the program. Knowledge is always embedded within a person. So each and every generation needs to gain this knowledge. Closing a successful programme puts this in jeopardy. The end of the Construction and Energy programme is maybe another example of the “amnesia” that affects the construction industry (Markus 2001).

The idea behind the Impulse programme was the understanding of the long-term perspective - which was only partially understood in the beginning – with a short-term action which was very flexible and directly linked to professional practice of reflective practitioners.

The Swiss Impulse programme shows what can be implemented effectively and successfully.  Do societies need to launch new versions of the Impulse programmes? The immediate answer could certainly be a large climate program for the built environment combining mitigation and adaptation strategies. However, this requires a long-term commitment to implement change: upskilling the workforce and creating real market transformation. Moreover, its success depends on the involvement, commitment and commitment of many diverse stakeholders.

Schön, D.A. (1987). Educating the reflective practitioner: toward a new design for teaching and learning in the profession. San Francisco: Jossey-Bass. 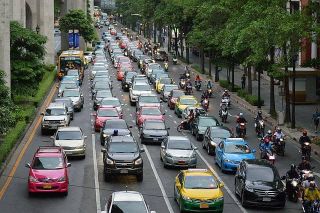 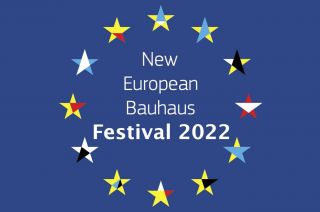