City authorities are directly responsible for only a small percentage of their local area’s emissions - estimated at 2-5% in the UK (Marix Evans, 2020). However, city leaders and local authorities hold a number of roles in which they can deliver or influence city-wide carbon savings. This may include:

While these are critical levers and roles, they remain insufficient to deliver local authorities’ Net Zero ambitions.

Cities have limited tools for tackling consumption emissions that are the result of individual actions, choices and lifestyles. For example, cities can provide lower carbon transport options (by making walking and cycling easier and local public transport more attractive), but they cannot prevent people buying large fossil-fuelled cars and driving them long distances, or dissuade people from frequent flying – both significant sources of transport emissions. Addressing the ’over consumption’ of high emitters is particularly challenging.

To meet Net Zero, city leaders will have to think beyond residents’ energy use, to include their material consumption. A city’s Scope 3 emissions – the goods and services consumed within cities yet produced outside of their boundaries – are often undercounted and are very difficult for cities to address.  Recent academic literature and publications by cities networks such as C40 suggest that the emissions of some megacities are up to 60% higher when accounting for consumption-based emissions (C40 Cities 2018). To tackle the full climate impact of a city, there is a need for improved consumption-based scope 3 assessments and comprehensive reduction strategies, which will require a collaboration between city residents, organizations and governments. While some consumption-based emissions can be managed through city procurement strategies, this will only cover a small proportion of these emissions.

Personal carbon allowances (PCA) is a policy idea focusing on individuals, which was developed for use at national level. The policy proposes a cap on carbon emissions, which reduces over time. Each individual gets an equal carbon allowance, and these are tradable, to enable high emitters to buy spare allowances from lower emitters (also known as personal carbon trading, or PCT). There are different proposals for the scope and detailed design of this idea (Fawcett & Parag 2010), but all have a common aim of reducing carbon emissions in a fair way by informing and engaging citizens in the process.

This policy has not been adopted anywhere the world, although elements of it have been tested in various locations on a voluntary basis. At its simplest, this policy could cover personal transport, household energy use or a combination of the two. For cities, these are two areas where energy use and carbon emissions must be reduced, and over which city authorities have limited existing levers of control. It could be further extended to cover the carbon embodied in building materials, goods and services, but this presents a greater data challenge.

While PCA/T was originally conceived as a mandatory national policy, it seems very unlikely that a mandatory carbon allowance policy could work at city level - apart from anything else, there would be nothing to stop local residents buying transport fuels from outside of their city area, making local limits inoperable. However, a voluntary version of PCA / Net Zero scheme, whereby citizens are given information, accounting tools, rewards for lower carbon behaviour, and offsetting options within their own city limits seems more plausible.

What might such a city-level scheme look like? Like PCA, a voluntary Net Zero carbon scheme will be based on data that promotes carbon literacy and carbon accounting and that also suggests ways to reduce carbon impact. A mobile app is likely to be the engagement platform, which provides accessible information about the personal carbon emissions associated with various energy-related activities, such as energy use in the household or the use of private/personal transport. The app could also provide relevant, nearby and easy-to-access low-carbon alternatives to these activities, as well as a list of local offsetting options (e.g. within the building or neighbourhood). Groups of users within the same building, community or neighbourhood may work together to reduce and/or offset their emissions. Being familiar with their residents, city leaders may support or fund coordinators to help such activities to form and materialize, for example, by harnessing community key figures, by convening or approaching local businesses and/or by funding events.

There are carbon and beyond-carbon benefits of information and incentive schemes delivered at city rather than national level. If designed in advance, these benefits include strengthening the local economy by encouraging the use/deployment of local low carbon products, services and professionals, as well as potentially developing local offsetting businesses. The collective and personal reduction goals could lead to collective action, at the building, neighbourhood or district levels, which in turn may strengthen the societal resilience of local communities. The incentive to provide local low carbon alternatives could offer opportunities to create local ‘living laboratories’, that develop tailored and fit-for-purpose low carbon innovation from the bottom-up.

There have already been city trials of related ideas. For example, in Rotterdam 2000-03 the NU-Spaar savings programme was a consumer incentive system to promote sustainable purchasing behaviour. It was based on a loyalty smartcard which rewarded behaviours with points which could be traded in for environmentally friendly goods and services.At its peak, the project included 10,000 cardholders and 100 participating shops (Joachain & Klopfert 2011).More recently, the Finnish city of Lahti has experimented with a personal carbon trading system for transport choices. It developed a public carbon-trading scheme and digital application for its residents, which was in use 2020-21. Based on a co‐creation process, a citizen‐specific allocation method was selected for emission allowances. Each person got the same basic allowance, with an additional allowance for factors such living at a greater distance from services or mobility problems. The app, for smartphones and mobile devices, allowed people to earn credits by using environmentally friendly forms of transport. This pilot scheme showed that it is possible to implement a voluntary PCT system using ICT technology. Of the final survey respondents, 36% felt that their mobility produced less emissions than previously, and the key reasons were the information received about personal mobility emissions, desire to challenge themselves and rewards received through PCT (CitiCAP 2021).

Cities are often in a better position than national government to effectively engage with and influence their residents. This makes cities good locations to trial elements of PCA to help meet Net Zero goals. Indeed, voluntary schemes, using rewards rather than penalties, have already been shown to be implementable and effective on a relatively small scale. Although focused on individuals, this policy could engender collective action at a variety of scales, and deliver co-benefits beyond carbon emissions.

There are still important questions to ask. How would city leaders know if this policy is working, and what would it cost? If introduced as a voluntary scheme with no penalties, what degree of change would we expect to see? How would it fit with other policies in the city, e.g. investment in active transport infrastructure? What percentage of the population is likely to get involved, and who might be excluded?

Assuming these questions can beanswered satisfactorily, first movers, progressive cities with a tradition of climate action could run more pilot schemes. If successful, existing low carbon / environmental city networks provide ways of learning from best practice. Expansion of city-level schemes could also be a forerunner of mandatory national schemes. In conclusion, PCA is promising as a route to helping cities deliver their Net Zero targets by engaging their populations in choosing lower carbon energy demand and/or material consumption options. 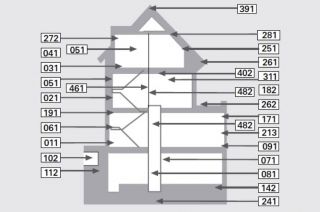 Next
Lessons from the Swiss Impulse Programme