COP-26 represents an important turning point for cities, the research community and NGOs. We must shift away from creating more experiments and now move toward implementation and the challenges of scaling.  City governments and their stakeholders may be better off to begin asking questions like: Has the problem we want to solve been solved elsewhere? Can we replicate or adjust a proven-to-work intervention from elsewhere?

A few things have become crystal clear considering cities and climate change since the 1990s:

An explosion of urban climate experiments

Such insights have resulted from a vast amount of urban climate experiments carried out in thousands of cities around the world. These experiments involve purposeful and strategic activities that explicitly aim to capture new lessons and experiences about (existing and novel) urban climate interventions (including technology, behaviour, and governance) (Castán Broto & Bulkeley, 2013). This trend of experimentation has long been lauded by academics and policymakers as being the answer to the pressing question of how cities can respond to global warming.

Slowly, however, critical questions are being raised about this trend of experimentation. Not all cities are or can be equally involved in experimentation. Experiments have successfully harvested the ‘low hanging’ fruit (e.g., increased energy efficiency of new buildings) but find it difficult to tackle more challenging problems (e.g., energy retrofits of existing buildings). Experiments typically address a part of the ‘urban climate action puzzle’ but not the interaction between the ‘pieces’, let alone the puzzle as a whole.

Perhaps the biggest challenge related to this experimentation is that cities find it difficult, or are perhaps unwilling, to learn from each other and replicate each other’s proven-to-work interventions (Wolfram, Van der Heijden, Juhola, & Patterson, 2019). Arguably, thinking up something novel and experimenting with it is fun and exciting (and may result in a climate leadership award by an international organization), whilst replicating and repeating is a bit dull and uninspiring (and will certainly not lead to accolades).

Towards (a better understanding of) scaling

The growing critical observations about this experimentation all point at a common denominator: a scaling challenge. It is safe to say that we have reached a point where we need to think critically and systematically about how to stabilize and accelerate, how to broaden and grow, and how to replicate and transfer the proven-to-work interventions that have resulted from three decades of experimentation.

This will require a change of mindset. Rather than taking what appears to be the default position and start another (niche) experiment to solve a part of the urban climate action puzzle, city governments and their stakeholders may be better off to begin asking questions like: Has the problem we want to solve been solved elsewhere? Can we replicate or adjust a proven-to-work intervention from elsewhere? Cities already have access to (the results of) the thousands of urban climate governance experiments carried out since the 1990s, documented by scholars, think tanks, climate city networks, NGOs, and the like.

These scholars, think tanks, climate city networks, and NGOs also need to change their mindset. Rather than documenting yet another (niche) experiment, they will do cities a huge favour by exploring (1) what factors may contribute to or hamper the scaling of proven-to-work climate action, (2) whether there are proven-to-work trajectories of scaling, and (3) explore the sorts of changes or systemic shifts that can be expected from scaling (e.g., negative and positive impacts of scaling urban climate action on other societally relevant areas). 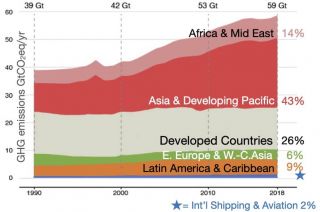 Previous
The Elephant in the Climate Change Room 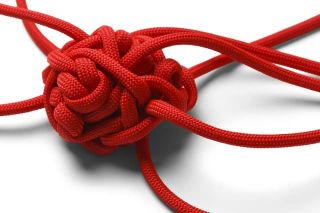 Next
Managing the Long Term and Complexity: Policies for Mitigation