By Timon McPhearson (The New School, US)

Natural infrastructure is a critical urban infrastructure that provides fundamental and irreplaceable services for human health, wellbeing, and livelihoods. Urban development must quickly shift away from the dominant 20th century model that exacerbates hazards and risks by paving over urban ecological infrastructure. Firm commitments at COP-26 are needed to radically increase investments in nature-based solutions in cities: restoring, conserving and investing in green and blue infrastructure assets. This will reduce the impacts of climate change as part of an adaptation strategy and also improve wellbeing.

The current and future urban climate risks demonstrate a pressing need for putting the same level of global political will and economic investment in climate adaptation as there is in climate mitigation. Current levels of adaptation are not enough, despite leadership and increasing resilience and adaptation investments in both Global South and North cities. Global urban development must quickly shift away from the dominant 20th century model that largely paves over urban ecological infrastructure (Childers et al. 2019) creating urban heat islands, increasing flood risk, and placing low-income, minorities, and indigenous people on the front lines of climate disasters.

Cities concentrate people, infrastructure, and economic activity, creating vulnerabilities and risks to damaging impacts of climate change, extreme weather events, and other social and economic shocks. Weather and climate related extreme events are already increasing and thus rapid investments to shift current trajectories from vulnerable to resilient ones are paramount. Ambitious urban climate change adaptation and resilience building efforts in the built-up areas most at risk will mean the difference between moderate and severe social and economic consequences of near and longer-term climate change.

With $90 trillion expected to be invested in infrastructure in the coming years to support urbanization (IADB 2017), there is ample opportunity to transform urban development to both celebrate and harness nature for climate resilience. Though traditional hard engineered strategies will still be needed, we must harness the role of natural-based solutions to solve the climate crisis (Hobbie and Grimm 2020; Keeler et al. 2019; Frantzeskaki and McPhearson 2021).

Climate resilient development pathways must have NbS at their center because the biodiversity crisis and climate crisis are fundamentally joined at the hip.We can’t solve the climate crisis without nature, and we can’t rebuild, restore, and reconnect to nature if we don’t solve the climate crisis that is already wreaking havoc on our natural systems.Both crises are human caused and both require that we put nature-based solutions at the center of approaches to mitigate the multiple causes of biodiversity decline and accelerating climate change.

Though investments in NBS implementation have increased in recent years, the scale of investment needed is paltry compared to what is required to address the increasingly high stakes of climate impacts in cities. According to the World Economic Forum’s Future of Nature and Business Report a nature-positive pathway in the infrastructure and built environment could create over $3 trillion in business opportunities and create 117 million jobs by 2030. The benefits are clear: NbS can stimulate economic activity, advance climate mitigation and adaptation, and support biodiversity protection. We can’t ignore the powerful ally we have in urban nature any longer.

At COP-26 is it vital that nations make firm agreements to radically scale up investments in NbS in cities, and commit to restoring, conserving, and investing in green and blue infrastructure assets that inclusively address the stark inequalities of the poor, minority and indigenous populations who face the greatest burden of direct and indirect impacts of climate change. Though the rapid mobilization of funding to respond to the current pandemic with announcements of nearly USD$20 trillion in spending to stimulate economies and help them recover is promising, only a small fraction has to date been directed toward nature-based climate solutions (Rockstrom et al. 2021). NbS take time to mature. Trees must grow, green roofs need to be built, wetlands need conserving and restored. The time is now to rapidly and radically upscale NbS investments.

Investing in NbS implementation is key but we will need to invest in research to strengthen the evidence base for NbS since we still lack necessary information to assess the efficacy of different NbS in different urban contexts. This knowledge gap slows our ability to scale up and mainstream NbS for reducing urban heat, absorbing stormwater, protecting coastlines, and improving public health and mental health.

We must also co-create new governance mechanisms with local communities to make seats at the table for local communities to bring their expertise and goals to decision-making for NbS implementation. It is critical to ensure that investments to transform cities for adaptation and carbon neutrality do not reinforce the status quo of legacies of racism, displacement, disinvestment and lack of inclusion in decision-making that plague most of our cities (Spotswood et al. 2021). Improving livelihoods in cities is not just about decreasing our carbon footprint and shifting consumption patterns, it’s also about reducing and redressing the disproportionate impacts that climate change and extreme weather events have on the poorest and most vulnerable.

Natural infrastructure is critical urban infrastructure that provides fundamental and irreplaceable services for human health, wellbeing, and livelihoods and therefore must be a top priority at COP26.

NbS are the solutions we need that can deliver on climate adaptation, support climate mitigation, and create space for biodiversity in cities at the same time. 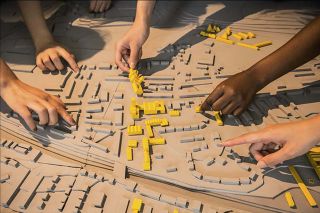 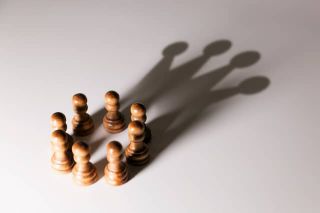 Next article
Cities as Climate Saviours? Political Strategy Ahead of COP-26