COP26 provides an opportunity to reflect on how the built environment community can facilitate deeper efforts towards adequate climate justice actions. Although the focus during COP26 will be on state governments, their commitments depend on consistent efforts pursued by non-state actors. Climate justice requires commitment from the built environment community who are obliged to act in the public interest. Opportunities are suggested for key actors that are well-placed to contribute to these efforts: universities and higher education, professional associations and local authorities.

The importance of the built environment to just climate action has been increasingly widely recognized and warranted a special issue of Buildings and Cities last year “Climate Justice: The Role of the Built Environment”. Three characteristics of the built environment underpin its centrality for climate justice. Moreover, the framing of climate action has to be widened from a technocratic set of issues to address wider social questions of human rights, who is made vulnerable and processes to reduce inequalities exacerbated by climate change.

First, long time horizons mean that decisions made now will shape the landscape for 50-100 years directly, and can establish path dependencies that extend even beyond this. Considering that buildings generate nearly 40% of energy-related CO2 emissions (Architecture 2030), the built environment is key to justice from the perspective of future generations.

Second, the embodied nature of the built environment provides a point of reflection about how historically rooted injustices – including systemic racism and colonialism – shape lived experiences. These patterns intersect with climate change and can intensify segregated pockets of climate privilege and vulnerability which deepens injustice.  Recognising these intersections provides an opportunity to purposefully make decisions that seek to avoid intensifying, and ideally remediate, pre-existing inequalities.

Finally, many opportunities exist to promote human wellbeing but such benefits are not automatic and are unlikely to be evenly distributed.  If these benefits are to be realized and distributed in ways that reduce rather than intensify inequalities, then decisions at all scales of the built environment context must be oriented around these goals.

The role of universities and higher education institutions cannot be over-estimated in terms of providing and shaping professionals who will face increasing climate-related challenges over the course of their careers. These institutions are intended to provide the professionals – including architects, planners, engineers, developers, financiers and property agents – who will provide the backbone of built environment decision-making processes over the next 40 years. It is not only the built environment itself that can create path dependencies, but the frames of knowledge applied by those in positions of authority. Enabling the next generation of professionals to identify and create pathways for climate just action at the scale needed will require immediate pedagogical investments. This training requires each built environment student to understand the core dynamics of climate change and possible responses to it.

However, if the built environment sector is to contribute to climate justice actions, then students must also be provided with the capacity to think clearly and critically about what is needed to move towards justice, and how such progress could be assessed. The urgent need to take an intersectional approach which places human rights and racial justice within efforts to design for net zero is widely acknowledged.  Unfortunately, the skill sets required by this approach are significantly different from those ones acquired in most architecture and engineering schools today.

Examples of efforts to make these investments in the next generation’s capacities include academic programmes at the McHarg Centre at the Weitzman School of Design and Howard University in Washington, DC but many have argued that embedding climate justice in the curriculum may require more widespread and systemic overhauls of existing curricula in architectural and engineering education. For example, Scott McAulay founded the Anthropocene Architecture School as a decentralized, agile education platform for architecture, activism and climate literacy in response to the IPCC’s Special Report: Global Warming of 1.5 oC.

Professional associations and networks are a second category of foundational actors with clear opportunities and responsibilities to steer the built environment community towards climate justice. Professional associations, e.g. the Royal Institute of British Architects (RIBA), Chartered Institution of Building Services Engineers (CIBSE), the Royal Institution of Chartered Surveyors (RICS) in the UK, or the American Institute of Architects (AIA) and the American Society of Heating, Refrigerating and Air-Conditioning Engineers (ASHRAE) in the US, as well as similar organisations around the globe, shape the daily efforts of the majority of those working in the built environment sector through licensing requirements, continued professional development and networking opportunities, and regulatory lobbying.

Examples of promotion of sustainable building design include the creation of guides by RIBA, as well as the update of the RIBA Plan of Work to promote sustainable design strategies at each work stage. As a core player in determining industry standards of in terms of best practices, these organisations along with more informal professional networks, are essential for ensuring that climate justice is integrated into the daily decisions and practices embedded in any built environment project.

In addition, as representatives of the collective voice of professionals in this space, professional associations have a myriad of political opportunities to advance climate justice. Amongst the actors in the built environment space, professional associations and networks have a unique capacity to use their convening power to focus attention on critical issues and develop guidelines for just climate action industry-wide. As an example, the Architects Climate Action Network has worked to connect built environment professionals with efforts to advance climate action. Importantly, these opportunities extend far beyond the immediate process of building: how materials are evaluated, what kinds of financing is utilized, and what types of projects are pursued are a few examples of decisions with significant ramifications for climate justice that could use the guidance and convening power of professional associations and networks.

Local governments and other sub-national regulatory authorities are amongst the most powerful institutions for shaping the built environment due to their capacity for regulatory oversight of building codes and processes, planning decisions, and service provision along with an unparalleled mandate for public engagement and effective representation. Despite being considered non-state actors within the United Nations Framework Convention on Climate Change (UNFCCC), their significant governing authority necessarily makes them key players in any discussion of climate action and the built environment. However, this power comes with substantial responsibilities for advancing adequate and just climate action.

Two of the many local government responsibilities are highlighted here. The first is the provision of welfare, such as healthy housing, for those who are in need of care, due to age, illness or disability. The second is the responsibility to involve residents in decisions that will affect their lives. Local governments have long argued that they are the level of government most closely tied to individual lives. Because so many elements of climate justice are negotiated at a local level – from navigating the implications of green gentrification to recognizing uneven vulnerabilities to climate impacts – these authorities have an unusually wide set of opportunities to promote justice. Moreover, as many cities are built on histories of explicit injustice (e.g. redlining, purposeful segregation and targeted land expropriation) local governments have particular restorative responsibilities to further justice when undertaking climate action. The Climate Just tool is a good example of an information platform designed through multi-stakeholder involvement (including academic and policy actors) to facilitate the delivery of socially equitable climate change adaptation responses at the local level.

Built environment professionals have an obligation to act in the public interest. We need a sector-wide recognition of the climate emergency reflected in:

This will enable the transition towards integrated built environment design and socially just climate action that prioritizes the human perspective and empowers a diverse range of voices. 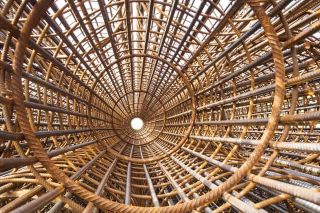 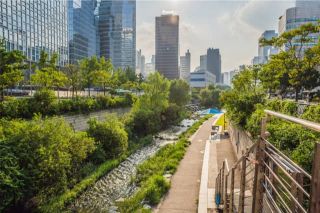