Considerable institutional, technological and social lock-in inhibits the needed transition to a climate-friendly society. To overcome this, the socio-spatial effects of climate action must be on an equal basis with mitigation efficacy. Overcoming carbon lock-in in the built environment is much more than a technical issue; it will require the synergy of social, environmental and territorial justice.

The IPCC’s Sixth Assessment Report, which was published in August 2021, sends a clear, unequivocal message: only a radical reduction of CO2 and other GHG emissions can prevent global warming of more than 1.5 or 2.0 oC (IPCC 2021). Because of past climate policy failures, the reduction pathway is now particularly steep. Achieving the 1.5 oC target requires climate neutrality by 2050 at the latest, which implies annual emissions reductions of approximately 7 to 8% (UNEP 2019). This need confronts policy-makers with unprecedented challenges.

In the fields of architecture, construction, and urban planning, research has described the pathways toward a low-carbon future for many years. Examples include urban intensification, decentralized energy systems, transit-oriented development or energy-efficient improvements of building stocks. However, there is disillusionment with regard to the implementation of such concepts. The decarbonization of urban systems is still more of a distant utopia than a tangible future. Against this background, it is no longer enough to ask what needs to be done to achieve climate neutrality. Even more important is the question of why we are not doing what we should be doing. In the coming years, politics and society will have to deal more systematically with the institutional, technological and social barriers to the effective implementation of climate protection policies.

In recent years, science has attempted to provide comprehensive answers to this question. One approach that has received much attention is ‘carbon lock-in’, which addresses a strongly path-dependent ‘captivity’ in fossil technologies and the corresponding infrastructures, institutions, behaviour patterns, and discourses (Unruh 2000; Seto et al. 2016; Buschmann & Oels 2019). Carbon lock-in explains the failure of or delay in the adoption of low-carbon technologies and behaviours by the entrenchment of tightly interwoven social norms, institutions (such as regulations and subsidies), and robust routines in the application of a carbon-based technology.

The much-debated phenomenon of urban sprawl can serve as a perfect example; suburban built environments are the result of countless location decisions that are undertaken by households and firms with the promise of permanently low energy costs made possible by enormous public infrastructure investments. Over time, ‘pro-sprawl’ political, market, and social factors have been reinforced, thereby making it difficult to move away from this structure and the lifestyles intertwined with it. Suburbia, as we know it today, implies a high dependence on motorized transport and high energy and infrastructure expenditures, all of which substantially reduces the political options for ‘breaking out’ of this “techno-institutional complex” (Unruh 2000).

Previous policies that have aimed to promote more climate-friendly urban development have also been relatively unsuccessful because they can be easily de-legitimized with respect to their assumed uneven social outcomes. In recent years, urban transformation agendas have repeatedly been confronted with accusations of leading to a disproportionate burden on low-income households. References have been made to processes of gentrification and displacement in upgraded urban neighbourhoods (Checker 2011), the disproportionate burden of renewable energy production on rural regions, and the disadvantage of the suburban and rural population due to higher energy costs. Frames such as ‘jobs versus environment’, ‘urban against rural’ or ‘sustainable for whom?’ have been quite successful in undermining broader political support for a climate-friendly transformation policy.

It was not until recently that CO2 avoidance costs were recognized as being unequally distributed both socially and spatially. A sort of double disadvantage has thus become discernible; i.e., lower-income segments of the population were and are disproportionately affected by the burdens of the fossil energy and transport industries as well as climate change effects (reference is here made to the discourse on "environmental justice" and “climate justice”, see Farrell 2016 and Klinsky & Mavrogianni 2020). At the same time, they are again disproportionately affected in the phase of replacing fossils with regenerative technologies through mechanisms of the labour market, energy and transport markets (Evans & Phelan 2016).

Against this background, the evaluation of climate policies must equally consider both efficacy and the distributional effects found across the social stratification structure and along the urban-rural gradient. The societal costs of environmental change must be safeguarded and shared fairly. Here, the discourse on ‘just transition’ can be taken up (Mc Cauley & Heffron 2018; Evans & Phelan 2016; Farrell 2016).

This also has a spatial dimension, which is the central point of this essay. We need to consider more the socio-spatial effects of climate action in the design of policies and programs of action. What is needed are compensation mechanisms that avoid social hardship. Such mechanisms must be implemented at the micro level, for example, in tax, levy, labour market and social policies. However, place-based approaches are also needed to facilitate climate- and socially-compatible adaptation pathways in suburban and rural regions, as well as access to meaningful public participation. In short, breaking out of the carbon lock-in requires the synergy of social, environmental and territorial justice.

IPCC (2021). Summary for Policymakers. In: Climate Change 2021: The Physical Science Basis. Contribution of Working Group I to the Sixth Assessment Report of the Intergovernmental Panel on Climate Change. Cambridge University Press. 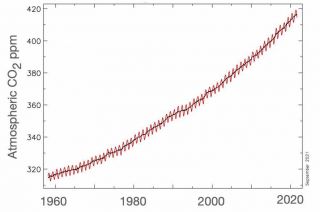 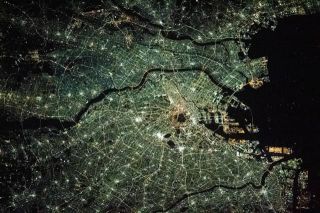