Architect Robin Nicholson (Cullinan Studio and The Edge) contemplates the context and contribution of this important new book on performance and learning for professionals and clients.

Professor Fionn Stevenson has delivered the very book the housing industry needs right now. She writes with knowledge, understanding and great clarity. Even if we are familiar with Building Performance Evaluation (BPE) we can still benefit from the breadth of her experience.  While focused on the need for feedback in housing and the advantages of co-design, Housing Fit for Purpose also provides a theoretical framework for feedback in other sectors as well.

The book concludes with a short Primer: How to do Housing BPE which is helpfully cross-referenced back into the main text. It not only provides practical advice on how to undertake BPE, but also makes a strong case for why BPE is necessary. All housing architects, other construction professionals and managers need to read this book, as must client advisers.

Some consider BPE to be the preserve of the self-serving consultant or academic but Stevenson has given professionals a highly accessible, comprehensive handbook with clear practical guidance. Although an academic literature on BPE exists, this book’s significance is in its synthesis of much useful information and provides a process for BPE that clients and professionals can easily grasp.  It emphasizes the social, environmental and technical aspects of performance (and inhabitant satisfaction). Its BPE process helps us to see that sometimes technologies don’t work as planned and aren’t used as originally envisioned.  Stevenson provides a strong rationale for undertaking BPE and the benefits that accrue for all stakeholders. Although drawing on examples from the UK, it is highly relevant to clients and professionals around the world.

Stevenson identifies three levels of detail for BPE: light-touch, diagnostic and forensic. She recommends that architects and clients start with a light-touch approach, which is sensible and affordable.  Only if problems are detected, then further investigation is warranted.  This book defines a sensible, pragmatic Light Touch BPE that architects and developers can use and I look forward to using this method.  My previous experience includes the urban design Building for Life (BfL) which was originally developed by CABE (Commission for Architecture and the Built Environment), HBF (Home Builders Federation) and Design for Homes and used in the CABE Housing Audits (2005-7) – however this tool (and its subsequent iterations) does not measure building performance.

For architects like me who were educated in the 1960s, there was a growing recognition of the importance of the building user through the work of Thomas Markus, ET Hall and David Canter, as well as the political activism of community housing action. Later Stevenson was to experience this activism at the Glasgow community-based architecture cooperative ASSIST while working there on a housing retrofit in the early 1990s. She observed tenants not behaving as predicted, because they used their south-facing balcony conservatories as extra year-round living space. The shocking thing is that architects and developers still haven’t learned that lesson. The housing sector continues to build homes that are too small, some with low cost sun-rooms or conservatories that people, not surprisingly, want to heat and cool.

The history is told with reference to the pioneers John Turner, Colin Ward, Ralph Erskine and Nick Wates. (I think there is another book to be written about the interconnections between them and other key players and their many motivations.)  While the Royal Institute of British Architects (RIBA) President Rod Hackney (1987-89) championed community architecture, back in 1964 the RIBA had published the Plan of Work under Sir Andrew Derbyshire. The 1964 Plan included a ‘Part M: Feedback’ but few projects actually used it, even in the days when architects were the principal client adviser.  Part M eventually disappeared only to be brought back in 2013 as ‘Stage 7: In Use’ and in 2016 the RIBA published its BPE Primer.

It was initially surprising to find only a single mention in this book of Francis Duffy who had seen the architects’ power diminishing, in part due to the denial of their knowledge base resulting from architects not revisiting their work. However, his observation was based on his DEGW studies with the users of offices not housing (Duffy & Powell, 1997). Duffy was a leading champion of knowledge-based design (Brand, 1994). As the incoming RIBA President in 1993, he championed the ambitious the four-phase Strategic Study of the Profession which promoted the need for architecture to become a learning profession (RIBA, 1992, 1994 and 1995).

While working on Probe (Post-occupancy Review Of Buildings and their Engineering), in 1998 Adrian Leaman and Bill Bordass created the Usable Buildings website which was expanded into the Usable Buildings Trust charity in 2000. One of the Trust’s first activities was to support the writing of five papers for the special issue of Building Research & Information on post-occupancy evaluation, which was published in 2001 and covered the first sixteen Probe studies of non-domestic buildings. These studiesrevealed the relative success of exemplar low energy workplaces by combining measured building performance with a user survey.  Cullinan Studio’s Centre for Mathematical Sciences at the University of Cambridge was the subject of the 23rd and last Probe Study in 2002 (Bordass et al., 2002). This building, along with the RMJM Microsoft Building in West Cambridge, led to the creation of Soft Landings – a process to ensure the briefing, design and construction phases allow a soft transition to the occupation and operation phases.  The initial work was sponsored by the University of Cambridge’s Director of Estates and funded by Cullinan Studio and other consultants, working for the university.

Encouraged by Bordass and others, the Edge multi-disciplinary thinktank (www.edgedebate.com) has long debated the toxic persistence of the performance gap.  In his report for the Edge Commission on the future of professionalism Paul Morrell considered the performance gap would be “a scandal in any other industry and should be in construction” (Morrell, 2015).

The idea of performance-based contracting has been growing and with the Dutch insurance-backed housing retrofit Energiesprong it has taken a major step forward.  However, BPE covers the social as well as the environmental and any verification process will need to involve user-satisfaction surveys such as the Building User Survey developed by Usable Buildings Trust. Why don’t clients and architects do BPE and Soft Landings? What will bring about this much needed change and allow the whole team to learn from what they have done?  One possibility is that the conjunction of the UK Grenfell tragedy and the climate emergency could lead to political pressure for mandatory performance verification for fire safety and energy use with five-year reviews.  This would be a vast improvement over the current practice of regulatory compliance which has little continuing verification.  While the recommendations emerging from the Hackitt Report (Hackitt, 2018) focus on housing over a certain height, her proposed ‘golden thread’ of responsibility through design, construction and management is exactly what is also needed for whole life carbon performance.

The RIBA is now pressing for chartered architects to commit to delivering BPE.  I was delighted to read that architect Foster + Partners will implement Soft Landings and post-occupancy evaluation in every project around the world (Smith, 2019).  At Cullinan Studio we have been working on BPE since 2003 and now try for Soft Landings on every project, but it is very hard to get commitment from clients even at the start.  Given the pressures from professional organisations (RIBA, AIA and others) on architects, other pressures on house builders to improve performance and reduce defects and post-Grenfell legislation in the UK, now is the time for BPE to become mandatory and mainstream.   Stevenson’s book and the methods she provides will help all of us to do this.

Morrell, P. (2015) Collaboration for Change: The Edge Commission Report on the Future of Professionalism. London: The Edge. http://www.edgedebate.com/wp-content/uploads/2015/05/150415_collaborationforchange_book.pdf 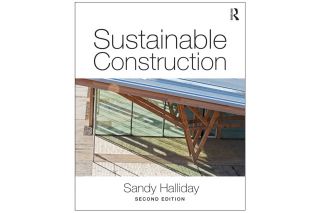