Modern Methods of Construction (MMC) are often heralded for their ability to resolve the construction industry's challenges of a diminishing workforce and low productivity, whilst also delivering a more energy efficient built environment. Stuart Green considers whether MMC can really achieve these aims, explains some negative consequences and considers how an alternative conceptualisation might help to avoid failure.

Searching for a definition

Modern methods of construction (MMC) are seemingly the latest panacea of industry improvement. Much of the debate takes place in the context of housing, where they are seen as an essential means of increasing output (RICS, 2018). The agenda is driven by longstanding concerns about productivity coupled with the latest manifestation of the ‘skills crisis’ (Farmer, 2016). A particular concern relates to Brexit, and the possibility that the UK may no longer be able to depend upon a reserve army of migrant construction workers from Eastern Europe. There is of course a long history whereby technological fixes are advocated in response to the supposed failings of the construction sector.

Any meaningful discussion of MMC must initially start with the issue of definition. MMC is perhaps best understood a collective term which encompasses a range of different methods. Anything which differs from so-called ‘traditional’ construction can seemingly be presented under the banner of MMC, but the term is most often used to refer to off-site construction. The constituent cocktail of methods typically includes the following (BSA, 2016):

Hence the previously listed cocktail of methods becomes flavoured with notions of digitalisation and precision engineering. Taking these various ideas collectively, MMC is perhaps best understood as a value-laden body of ideas promoted in the ill-defined cause of ‘change’. Heady notions of ‘construction transformation’ are commonplace as construction sector policy makers seek to steer a course towards the utopian uplands of Construction 4.0.  Care is taken not to talk about ‘prefabrication’ because of its lingering association with the discredited system-building techniques of the 1960s. In truth, modern methods of construction are not so modern after all. Orwellian newspeak it seems is alive and well.

The over-hyped nature of the current debate implies that there is no meaningful alternative other than to become an enthusiastic advocate of MMC. Dissenters are routinely cast in the role of out-dated dinosaurs. According to the Farmer Review (2016), the industry is faced with a stark choice: modernise or die. Hence the choice on offer is no choice at all. The allocated role of the research community is seemingly limited to the provision of evidence in support of a pre-determined agenda. In many respects the current debate is eerily reminiscent of that which prevailed following the publication of the Egan (1998) report.  The recurring tendency amongst policy makers is to characterise the construction sector as a ‘closed system’ which needs to be optimised. Innovation is endlessly encouraged, but only it seems innovation which accords with a pre-determined agenda. Effectiveness hence becomes forever subordinate to narrowly-defined efficiency. Of particular concern is the way that regulation is routinely positioned as a ‘barrier’ which needs to be overcome.

Notwithstanding the monotony of the prevailing policy agenda, the way in which the discourse of MMC plays out in practice is by no means fixed or monolithic. It is appropriated in different ways for different purposes across a range of temporal contexts.  And the ways in which it is appropriated have direct material consequences not only for the buildings and infrastructure assets that we produce, but also for long-term sustainability and societal wellbeing. Unfortunately, the very idea of ‘sustainability’ as it tends to be advocated implies the possibility of meaningful compromises between market-based ideas of shareholder value, the needs of local communities and the imperatives of climate change (Shrivastava, 1995). Finding compromises between the three elements of the ‘triple bottom line’ continues to be celebrated as best practice. The harsh reality is that the institutionalised consensus in favour of blurry compromise needs to be challenged if the climate crisis is to be averted (Wright and Nyberg, 2015). Indeed, it is already almost too late.

A further issue which is routinely ignored is the extent to which MMC relies on global supply chains. The development of domestic capacity in off-site manufacturing continues to be disincentivised by the volatility of the UK housing market (Gruneberg and Noble, 2019). Barring any dramatic shift in government policy towards the funding of social housing this disincentive will remain. The business case for off-site manufacturing is however much less problematic in managed economies such as China. The increasingly globalised nature of the supply chain for products such as panelised cladding systems is readily observable. Hence any discussion of MMC becomes inseparable from broader concerns about the potentially adverse consequences of globalisation.

Of particular concern are the working conditions in remote off-site factories. This is especially true when sub-assembly operations in China are routinely outsourced to lower-wage economies. Particular concerns arise in respect of the mechanisms of global labour arbitrage. The danger is that jobs arising from MMC gravitate towards countries where the cost of labour is low and environmental regulation is minimal. The alternative model is that impoverished migrant labour re-locates to countries (or regions) which offer higher wages. Both options raise concerns about supply chain transparency, employment conditions and environmental protection.

Concerns arise even if the advocated purpose-built off-site factories are situated in remote locations within the UK. The number of housing units produced in any one year will forever be tiny in proportion to the overall housing stock. Hence if the quality of housing is to be improved the priority must lie with the retrofit of the existing stock. The irony is that any wholesale shift to MMC in response to the current skills crisis would result in the de-skilling of local communities, thereby making the skills crisis worse rather than better. Even more ironically, value-adding activity which is displaced to off-site factory locations would be re-classified as manufacturing rather than construction (Green, 2016). Hence, the headline labour productivity of the construction sector would also get progressively worse rather than better.

Perhaps the most important point to emphasise is that building homes more efficiently does not necessarily translate into making them more affordable. The advocates of MMC tend to ignore the fact that the sale price of new homes is primarily determined by the buoyancy of the local second-hand housing market. The danger is that MMC serves only to boost the profits of the major house builders.

Finally, it is appropriate to return to the materiality of MMC and its likely impact on building performance. The discourse is notable for the way it privileges fixity and permanence rather than continuous adaptation (cf. Patel and Tutt, 2018).  The assumption is that technological choices between different building components forever dictate issues of through-life performance. Hence the ‘users’ of buildings are cast in the role of passive consumers of a supposedly fixed entity.

An alternative perspective would conceptualise users more in terms of an audience which experiences how building performance plays out over time (Fisher, 2015). They would further be seen to respond in different ways at different times in accordance with changing requirements. And their interventions would cause the performance to be subtly revised throughout its life-cycle. Such a view has radical implications for how MMC might best be appraised. It must further be recognised that externally derived performance standards also undergo continuous revision. Hence buildings will be judged by different standards in the future than they are in the present - not least in response to the imperatives of climate change and high-profile failures such as those which led to Grenfell Tower disaster in London in 2017.

Yet the accepted narrative of MMC continues to emphasise notions of fixity and performance, with little recognition that buildings undergo significant adaptation throughout their lifetime. A distinguishing feature of the built environment is its longevity; malleability over time must therefore be an important consideration.  There is a clash here in time horizons. Off-site factories are essentially transient entities. There is hence no guarantee they will be able to supply replacement components in the future. And the more that manufactured components rely on ‘high-precision engineering’ the less malleable they are in terms of future adaptation.

Even if buildings become more ‘energy efficient’ in a narrow technical sense there is danger that the resultant ‘savings’ are re-directed towards seeking higher levels of thermal comfort, or even frivolously spent on long-haul intercontinental holidays (Shove, 2017). What is required are alternative theoretical frames of reference whereby buildings are conceptualised not as fixed material entities, but in terms of the enactment of socio-material practices over time (Patel and Tutt, 2018).

Green, B. (2016) Productivity in Construction: Creating a Framework for the Industry to Thrive. Bracknell: Chartered Institute of Building. 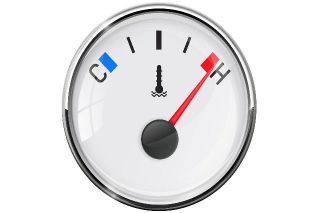 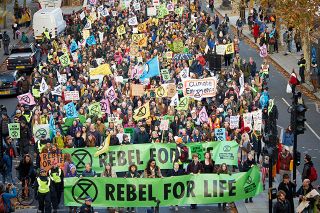 Next
Architecture and the Climate Emergency