At COP-26, Climate Change Should Not Go Solo

Climate change is not separate from other built environment challenges. To be positively impactful and effective, COP-26 needs to take on board the connections between climate change and other topics. This will ensure effective climate change action for our infrastructure.

Human-caused climate change brings impacts too, few of which are unique to climate change. When examining specific environmental impacts on specific infrastructure, climate change affects the parameters over decades, but does not impose much different to the past.

For instance, the built environment in locations with temperatures a small amount below freezing might be severely affected by freeze-thaw damage. Climate change’s rising average air temperature combined with expectations of more temperature fluctuations could push these areas from steady periods of below-freezing and above-freezing to more transitions between these ranges.

When moisture infiltrates cracks in buildings or roads and then freezes, it expands, damaging the infrastructure. The more freeze-thaw cycles, usually the more damage. Similarly, above-ground power lines frequently suffer when precipitation around the freezing mark results in ice accumulating on, and the weight snapping, cables and towers. More storms around this temperature mean more ice storms rather than just snow or just rain. These concerns do not emerge from climate change, but they are exacerbated by it.

Burying power lines does not necessarily help. Underground power lines have been knocked out in heat waves which are becoming more intense, more frequent, and longer lasting due to human-caused climate change. Plus, people revert to air conditioning and fans, boosting electricity use. Again, this is nothing new, but is made worse due to climate change.

Meanwhile, many storms and floods are becoming more intense, but less frequent from climate change. Irrespective, infrastructure needs to deal with wind and water. With many buildings sited in floodplains without disaster damage mitigation measures, the core issue is vulnerable development and lack of risk reduction. Climate change alters floodplains, expanding many, but has little impact on the baseline of inadequate codes, regulations, monitoring, and enforcement—especially considering how much flood damage occurs outside of identified floodplains.

Many places around the world successfully construct buildings to deal with weather. Strong roofs properly tied to walls will stay on during hurricanes. Flood-resistant materials and finishes permit occupancy soon after floodwater drains. Vegetation management around a fire-resistant property helps to avoid a structure igniting during a wildfire/bushfire.

If such techniques were always implemented to reduce disaster damage, then climate change altering the weather would have limited impact. Focusing on disaster damage mitigation would, by definition, embrace built environment adaptation.

Otherwise, isolating climate change measures could create disaster. Imagine that we construct an energy-efficient, off-grid school out of the expanding floodplain and capable of dealing with any weather. We have not helped much if it collapses in the next earthquake. Similarly, a zero- or negative-emissions building is commendable, yet goes only partway to being “clean” if it has problems with asbestos or formaldehyde.

Some exceptions do bring comparatively new built environment challenges from climate change. Of notable and immediate concern is excessive heat and humidity. Natural ventilation can do only so much to keep buildings habitable during expected heat waves, especially when the air temperature does not cool down much at night. For human survival, artificial indoor cooling will be necessary which, in turn, taxes the energy supply. With few viable adaptation options, these devastatingly lethal heat waves are avoided by stopping climate change.

As such, climate change adaptation provides little new, with other fields proffering generations of expertise, such as on disaster risk reduction, vulnerability reduction, pollution prevention, and resilient infrastructure. COP-26 has no need to re-invent what we know already and have implemented for millennia, with varying levels of success. 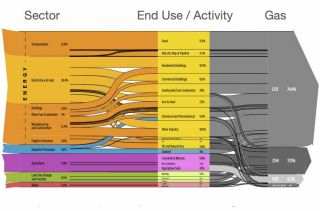 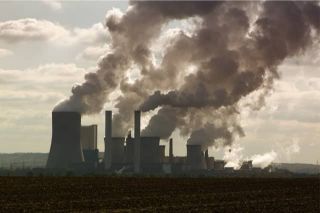