In the past decade, growing attention has focused on South-South cooperation in climate change mitigation, energy transitions and infrastructure development, especially on the increasing role of BRICS countries in sub-Saharan Africa (SSA). The questions of appropriate development - reducing the dependencies on carbon-based energy (and mineral consumption) for development - are highly pertinent to climate justice and an equity in partnership.

India and China position themselves as leaders that can share knowledge, finance and technology with other countries in the Global South (Power et al., 2016). This engagement draws on a history of cultural exchange, ideas of South-South cooperation and a notion of ‘post-colonial’ solidarity. In the climate change negotiations under the UNFCCC, this ‘leadership’ has historically manifested as India and China defending the rights of ‘developing’ countries to emit and follow the path of development-as-modernisation laid out by ‘developed’ countries (Okereke & Coventry, 2016).

More recently, India and China in their status as ‘transition economies’ have shifted their stance by taking up emissions reduction responsibilities (Okereke & Coventry, 2016). They aim to balance clean energy transitions with continuing or increasing the pace of development and infrastructure provision. This dichotomy has come to shape India and China’s engagement in sub-Saharan African energy transitions. The argument that India and China have tackled the same sort of infrastructure gaps that currently afflict sub-Saharan African countries is increasingly used (Mawdsley, 2019). Notably, they now tackle these infrastructure gaps while transitioning to cleaner energy. As India and China expand their respective economic and political footprints, they also look towards raw materials, markets, and geopolitical interests beyond their borders (Mohan & Tan-Mullins, 2019).

Questions surrounding China’s role in extraction, land acquisition, debt-trap (and resource-backed loans) and neo-colonialism, or as an important locus of the global energy transition, have received increased attention over the past decade (Mohan & Tan-Mullins, 2019; Shen & Power, 2017). But less attention has focused on India’s growing role and ambitions in sub-Saharan Africa, where the historical presence of an Indian diaspora and its complicated colonial linkages offer India a different entry point than China.

The questions of energy and climate justice are highly pertinent to global climate negotiations. For example: how do the relationships between India and SSA nations shape, and are shaped by, the process of energy transitions? In what ways can new forms of transnational, notably South-South collaboration and/or assistance, facilitate energy transitions? As energy access gaps are exacerbated by ‘development-as-modernisation’ pathways, can the notions of ‘demand’ be reconceptualised to move away from energy intensive growth paradigms?

There is a need for rethinking the concept of energy justice. Conventionally, it rests on a three-legged framework, including distributional, procedural and recognition dimensions (Axon & Morrissey, 2020; Klinsky & Mavrogianni, 2020). It emphasizes that changes in energy systems must address inequalities in power and injustices across entire socio-energy systems. However, it falls short of enquiring how these injustices historically arise and embed themselves, or how historical experiences of shared injustices might complicate contemporary justice questions.

Driven by this complicated notion of justice, an understanding of India’s engagement in sub-Saharan Africa requires nuance. India has considerable expertise in green technologies, including bioenergy and solar PV. It has provided training to sub-Saharan African partners in biogas, solar technology, rural credit, and food processing through the Indian Technical and Economic Cooperation program since 1964. At the Paris COP-21, India partnered with France to create the International Solar Alliance (ISA) to support transitions to solar energy in tropical counties. The ISA provides technological, financial and knowledge support to Global South countries. While the ISA is portrayed as an initiative to ‘support’ energy transitions in the global South, evidence suggests it also feeds into a domestic manufacturing and export-oriented policy for India that views sub-Saharan Africa as a lucrative market for solar goods. As COP-26 gets closer, the US has indicated it might join India under the ISA. The South-South cooperation therefore has complications of ‘partnership’ or ‘co-option’ by Global North countries.

India’s sub-Saharan African engagement also has a pernicious side in other energy sectors, entrenching approaches to ‘development’ that hinge on high-carbon growth paradigms (as renewable energy are unlikely to meet India’s energy demand), including large investments in extractive resources. India's rising middle class and breakneck urbanisation are leading to a rapid rise in energy demand. The pernicious side is revealed by the fact even if renewables could keep pace, this is likely to involve large-scale infrastructures like solar parks and battery installations. In addition, new buildings and infrastructures create long-term dependencies which is why it is essential to ensure material and energy demands are sustainable and capable of being fulfilled without relying on forms of neo-colonialism. These require raw materials, and the impacts of rapid extraction of minerals might affect ‘partners’ in SSA. Questions surrounding China’s role in extractive economies in Africa warn us of possible futures that India’s involvement might produce: the unabashed demand for energy, renewable or otherwise.

What is the alternative? The question of ‘demand’, and its link to development as modernity, needs critical examination to open alternatives. Scholars have indicated that the demand for energy leading to the extraction of minerals, land and cheap labour for solar panels, electric cars and batteries is adversely affecting certain global regions or places. It is important to ask: is the classical link between energy and development – access to more energy leads to more development through acquisition of goods and services that define modernity – helpful? What do other development pathways (e.g. a ‘pluriversal’ or decolonial framework) bring to our reimagining of ‘energy justice’? Would such rethinking of energy demand also lead to less demand on minerals and markets in sub-Saharan Africa? Could such reorientation of ideas establish different notions of energy and climate justice based on post-colonial South-South solidarity?

The authors thank the White Rose Collaboration Fund for supporting our ideas and collaboration. We gratefully acknowledge the contributions of our colleagues Gerard McCann and Jamie Van Alstine, who generously participated in discussions. 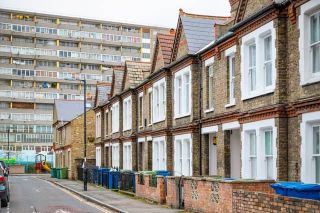 Next
COP26: Sufficiency Should be First