First published in 1964 and based on his doctoral thesis, this book puts forward a systematic method for designing products, buildings or settlements.

The book attracted much attention. It was the most serious and sustained theoretical contribution to the international 'design methods movement' of the time. This was the period when computers were first being introduced into university research. The study of complex systems had grown during World War II with the emergence of operations research from military laboratories, and the foundation of the discipline of cybernetics by Norbert Wiener and W. Ross Ashby. (Alexander makes substantial use of Ashby's (1952) book Design for a Brain.) There was excitement in the social sciences about applications of graph and network theory, especially in geography. Supposedly 'scientific' design methods appealed to modernists and functionalists, because they seemed to free designers from the prisons of historical precedent and convention, allowing them instead to base designs on the careful analysis of the functions of artefacts.

One diagram (Figure 1) in Alexander's book captures much of the essence of his argument. It shows the relationship between 'form' and 'context' in three different circumstances or historical eras. 'Form' is the form of the artefact being designed. 'Context' is the environment of the artefact, not just in the sense of its physical environment or surroundings, but meaning the sum of all factors - physical, technological, social, cultural - having an effect or impinging on the form.

At the top of the diagram is the situation, as envisaged by Alexander, in traditional craft production and vernacular architecture. Here 'form' and 'context' interact directly. The standard design say of a farm cart is repeated by copying, and only small changes are made - either deliberately or at random - each time a new cart is built. These modifications are then tested when the vehicle is put to use, and are retained if they are seen to confer some improvement. This is a process of gradual technological evolution, with a strong analogy to natural evolution.

Alexander dismisses the analogy as 'the myth of architectural Darwinism' and as 'vague handwaving'. But this is disingenuous. His analysis lies in a long tradition, in architectural and anthropological theory, of biological analogies with material culture. Alexander calls it an 'unselfconscious' process of design. He declares that the results it produces - and many would agree - are both functional and beautiful. But they take time.

With the emergence of the professions of architecture from the Renaissance, and engineering and product design from the 19th century, designs were no longer improved incrementally and slowly, but could involve radical breaks with tradition. This speeding up came to be demanded by the acceleration of technological and social change in the industrial revolution. There is no longer the opportunity for the prolonged testing of designs in practice. Instead the designer imagines the future process of interaction of form with context. This is shown in the middle of Figure 1. The designer has a 'mental picture' of the form, and a 'mental picture' of the context, and tries to conceive their interaction in his head. This is the 'selfconscious' process of design.

In Alexander's (1964, p. 77) words: "In the unselfconscious process there is no possibility of misconstruing the situation: nobody makes a picture of the context, so the picture cannot be wrong." He goes on to declare flatly that "... the selfconscious designer works entirely from the picture in his mind, and this picture is almost always wrong." In particular, he argues, designers have misconceived ideas about the structure of design problems and how they can be decomposed into relatively independent sub-problems, that be worked on and resolved separately. The mental categories ('acoustics', 'circulation', etc), by which they think about the task, do not correspond to the real structure of the problem

The third part of the diagram, at the bottom of Figure 1, encapsulates Alexander's answer to this crisis. He proposes that the designer's faulty mental pictures of form and context be adjusted and corrected with the use of 'formal pictures', whose structure would be laid bare by his method, and would avoid personal misconceptions. One might immediately expect that what Alexander is thinking about here is the kinds of mathematical and computer simulation models of buildings and their environments that were beginning to come out of university laboratories and research groups around this time: models of the behaviour of heat, light and sound in buildings; models of engineering structure; urban simulation models. This however is not what Alexander has in mind. Instead his 'formal pictures' are something very odd.

He proposes that designers think about possible 'misfits', where forms fail to meet or satisfy their contexts. These 'misfits' are to be identified at the lowest possible level of detail, to avoid preconceptions about the larger problem structure. Alexander has examples of potential misfits in the design of a kettle. "It must not be hard to pick up when it is hot." "It must pour cleanly." He lists twenty more. He then asks the designer to consider whether each of these misfits interacts with other misfits, or is independent.

These data are organised into a graph, where the vertices (points) represent misfits, and the edges (lines) joining pairs of points express the fact that these two misfits interact in some way (Figure 2a). The structure of this graph is then analysed with the automated classification technique, which resolves the structure into a hierarchy of relatively independent sub-systems that can be worked on separately and then combined (Figure 2b).

Figure 3 is the master diagram for Alexander's (1964) example of an Indian village. The graphic icons at the bottom of the diagram stand for forms derived from the resolution of groups of misfits at the lowest levels. These formal elements are put together hierarchically to create the complete plan at the top.

On closer inspection however, this procedure is quite paradoxical, as I argued in my book The Evolution of Designs (Steadman 1979). If a designer is to imagine whether or not there is a misfit between some aspect of a form and its context, he or she has to have some reasonably clear idea of what that form (and its context) will be. The clearer the conception, the better he or she is able to imagine the misfit. But Alexander is anxious that there be no preconceptions about forms, which are to emerge from the analysis.

He also falls into a linguistic trap set by the words 'fit', 'misfit' and 'fitness'. These have two connotations in English. To fit can mean to touch at all points, as in the way that a shoe fits the foot. Or it can mean appropriateness in a much broader sense. This is the meaning that fitness has in the theory of natural evolution, and similarly in the appropriateness of artefacts for their contexts and purposes. Alexander however uses examples which emphasise the 'close fit' meaning. He mentions the process by which a metal surface is made perfectly smooth and level, by testing it against a standard block whose surface is known to be flat (Alexander 1964, p. 19). In this way he hints at the notion that 'misfits' can be identified and quantified objectively.

And there is another large fallacy here to do with the way that 'contexts' come to be defined hierarchically in the process of design. Imagine a designer embarking on the design of a clock. He or she can make a high-level decision that the clock be spring-driven, or electrically-powered. This decision immediately determines the context or environments of many of the component parts at lower levels. A spring-driven clock will need an escapement; but this has no place in an electrical clock. Thus Alexander's idea that consideration can be given at the outset to misfits at the lowest level of analysis makes no sense. Decisions about potential or candidate forms are needed from the start, in order that these can be tested against well-conceived and relevant contexts. The same applies to components at lower levels. George Stiny remarked that Alexander's book should more properly have been called Notes on the Analysis of Function. But even so, it is not possible to begin to think in detail about the functions of artefacts, independent of their forms.

I was very enthusiastic about Notes on the Synthesis of Form when it came out. I continue to find it thought-provoking, despite the fundamental flaws in its methodological proposal. In time Alexander came himself to reject the argument of the book, and moved to his research on 'pattern languages'. That work retained the idea that effective functional elements have been devised over long periods in the history of architecture, in the 'unselfconscious' process, which remain valid today. The 'words' in the language are relatively independent, each solving a local problem, and can be recombined to make new designs. Preconceived formal elements are not be shunned, but create the very basis for a new approach to architecture. 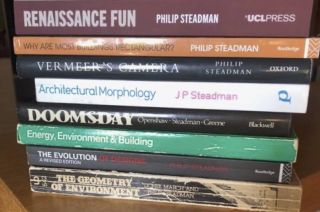 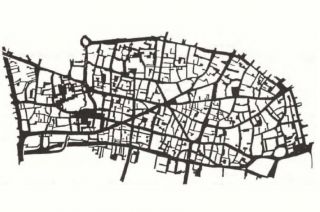 Next
Christopher Alexander's Pursuit of Living Structure in Cities