Five Rules for Tomorrow’s Cities: Design in an Age of Urban Migration, Demographic Change, and a Disappearing Middle Class

Joe Ravetz reviews this book, which explores the changing nature of cities and proposes five rules for effective urban planning and design.

This is an important and timely book – not as an academic treatise, but a genuine attempt to bring some fundamental ideas into the ha 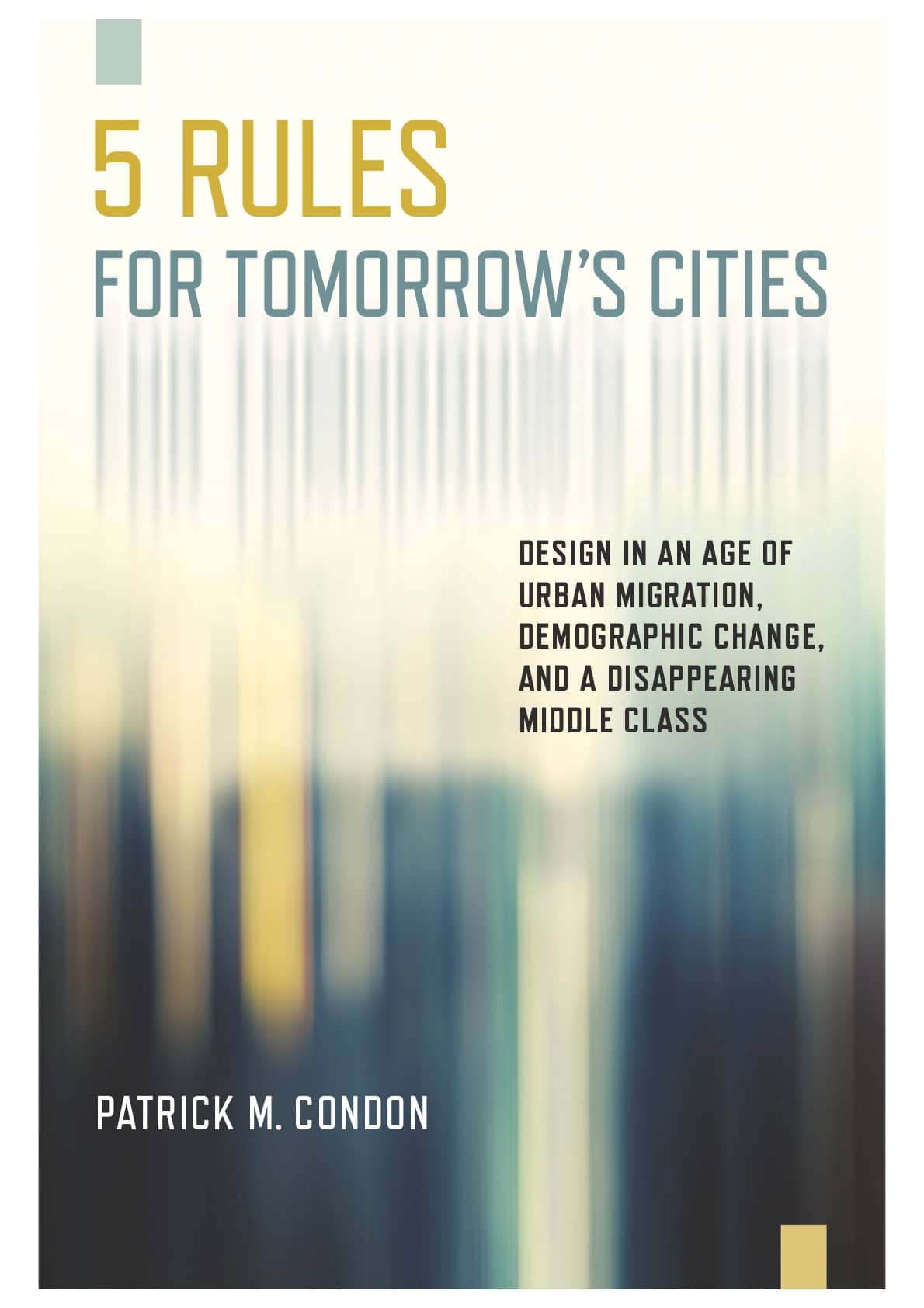 nds of urban practitioners and the public.  It rightly enlarges the scope and role of ‘urban design’ to include for the interconnections of social, economic, cultural and ecological systems. With such a broad canvas, gaps and flaws are perhaps inevitable, but these are outweighed by the agenda.

The book’s first proposition is that three global waves are changing the nature of cities, and that systems / complexity thinking, as seen in different ways in the works of Jane Jacobs and Christopher Alexander, have the potential to turn such problems into opportunities (Jacobs 1965, Alexander et al. 1978).

One wave is rural-to-urban migration, not a new phenomenon, but perhaps entering a new phase in large parts of the world.  However this book frames migration as a simple binary divide, with few nuances such as the changing roles of larger or medium cities, the extended areas of sprawl and/or peri-urbanization, or the complexities of counter-urbanization. A second wave is the demographic transition of falling birth rates (in most parts of the world), and its implications for urban expansion and ‘urban ageing’.  A third wave is titled ‘the end of the middle class’, and paints a stark picture of rising inequality and polarization.  Again the evidence is far more complex, and the book would do well to include transitions in progress in Asia and Africa, with a rather different picture of a fast-growing urban middle class, either as service workers, knowledge workers or in partial work of some kind (Karas 2017).

From this the book generates ‘Five Rules’ as propositions and discussions, with colourful examples both from cities around the world, and from the author’s own practice.

Rule 1 is to ‘See the City as a System’, a direct application of systems thinking, with an example of collaborative community based planning – this seems all positive but too often bypasses the challenges of hierarchies, power games, extractive relations and other conundrums.   Rule 2 is about the ‘Patterns in Urban Environments’, with reference to Alexander’s journey through the Pattern Language and beyond: where physical systems design codes or ‘patterns’, from building details to regional strategies, are enablers for integration and harmony in human systems, social, economic, cultural or political. Rule 3 is a topical application of ‘Lighter, Greener, Smarter Infrastructure’, which promotes distributed forms of infrastructure as the enabler of self-organizing localized service units.

Rule 4, ‘Strengthen Social Resilience through Affordable Housing Design’, starts to provide real substance, with an extended discourse on densification, land speculation, design codes in Vancouver, and with reference to social housing in 1920s ‘Red Vienna’. The message here is crucial – that participative design, plot ratio policies and community resilience can all combine, not only in the favelas and barrios, but in the modern metropolis.  Such a space of potential lies between what is practical in current conditions, and more structural reforms of housing tenure and property rights.

Finally, Rule 5 takes an economic development angle, with ‘Shifts in Jobs, Retail, and Wages’:  this is a powerful argument on networked agile self-organizing livelihoods.  It deserves further development, even if very sketchy here, with reference to the capitalist analysis of Piketty (2014) and a post-war mythology of vanishing prosperity and security.

All this is illustrated with copious examples, presented as a kind of speed conversation.  One can forgive the many gaps and flaws: the text mistakes ‘parabolic growth’ for ‘exponential’ (p14) and quotes the Millennium Development Goals which have been superseded by the Sustainable Development Goals.  As for the famous Medellin (Columbia) experiments in urban acupuncture (p 42) – the ‘slum escalators’ are seen on the ground as (costly) gimmicks, the iconic cable cars serve only a fraction of the favelas, and meanwhile private high rise ‘urbanisation’ continues with security guards and underground parking. And in the discussion of over-valued land / housing markets and the topical ideas on ‘hiving’ or planned subdivision, there is a blanket assumption that the ‘market has failed’ for average income households – again reality could be rather more complex.

Even with such shortcomings, the book’s proposition deserves to be taken forwards, both in theory and in practice, as a genuine attempt to bring urban systems thinking into practical application.  Creative practitioners of many kinds may gain something useful – designers, urban planners, housing providers, students and campaigners – and hopefully, socially conscious landlords and builders.  As of 2021 the pandemic may serve to accelerate new thinking in urban planning and design, real estate, housing management and transport policy, as society moves online, and both workers and consumers are now local or multi-locational.  The neo-liberal model of top-down corporate design with mono-functional private housing and profit-focused services, may already be morphing into something more self-organizing, with mutual learning and exchange between a wider set of stakeholders, with deeper layers of value and meaning.  With cities as arenas not only for citizens and communities, but also for power and expropriation, it seems the future will not be straightforward – but it will surely be interesting. 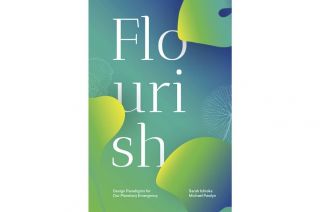 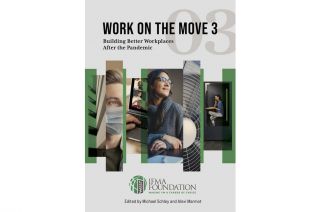 Next
Work on the Move 3: Building Better Workplaces After the Pandemic