What have we learned and gained from the 2022 Video Challenge?

Devoting three or more years to undertake and complete a PhD makes several demands on those who choose to do so—intense study, enormous pressure, sustained commitment, and a host of personal costs. But the individuals who attain a PhD emerge with unique specialized knowledge that can open rewarding professional career paths. A completed PhD dissertation is a substantial document—typically between 200 to 300 pages in length—that reports the research question and related issues, reviews and critiques the literature, the methods that were used, and the significant findings. Moreover, it is written in a language consistent with the expectations and norms of the student’s discipline and written for, and evaluated by, academics. Throughout the research process, candidates typically make numerous presentations to their peers and in various academic forums, sometimes as short as 15 minutes at conferences. While the increasingly popular PechaKucha brief format permits presenters three minutes and 40 seconds (20 slides for 20 seconds) to tell their story, the PhD Video Challenge students gave students the even tighter time constraint of only two minutes.  In the same vein as Mark Twain’s acknowledgment that “I didn't have time to write a short letter, so I wrote a long one instead,” summarizing one’s work in a short presentation is much more challenging than making a lengthy one.

The Challenge—initiated by the Buildings & Cities journal together with the Academy for Spatial Development in the Leibniz-Association (ARL)—received 49 submissions from 14 countries that successfully met the competition’s requirements. Rather than explain their entire research program, students were asked to address why their work mattered, and to communicateits significance in ways and language that were accessible and understandable to a wider audience. While there are thousands of doctoral students engaged in building/urban-related research worldwide and covering a broad range of research interests, the Challenge provided a glimpse into the kinds and diversity of research currently being pursued. Submissions covered research related to buildings and urban issues, materials and technologies, design and construction processes, the development of tools, and those related to inhabitant health, comfort, and well-being. Some were set within unique cultural contexts, particularly the research in developing countries, while others were considered more universal in their application.Much of the research responded to societal challenges and strived to find ways the built environment can directly or indirectly improve the human experience.

A seven-person jury assessed the videos and deemed two submissions as “outstanding” and seven as “excellent” in meeting criteria such as the clarity of the significance of the research, a clear and concise explanation, a clear narrative thread and creative “story telling.” Importantly, therefore, the Challenge was not in the formulation of the research question, the rigour of the methods it deployed or the resulting findings, but primary focussed on the way the significance of the research topic was communicated. By having to tell a compelling story for a non-specialised audience, it moved the young researchers out of the academic world and its usual forums.

Irrespective of the research topic, viewing the eligible submissions one cannot remain unimpressed with their overall sophistication and mastery of video as a medium. Moreover, it was refreshing to see how they contrasted with the typically mind-numbing power-point presentations containing over-detailed slides and largely ineffective animations that one often endures at conferences. While some of the videos were less effective in communicating the broader significance of their research, by acknowledging “outstanding” and “excellent” submissions the jury clearly had a difficult task in selecting and differentiating between a number of meritorious submissions. Moreover, even though the majority of the submissions within the larger group were both rich in scope and ambition, some videos left a lasting impression relative to others.

The most successful ones more fully employed the capabilities of the video medium rather than what comes across as either a string of essentially individual slides or as a recording of a presentation akin to a conventional illustrated talk. Here, the age-old issue of how much detail and information to show and explain, and what can be readily comprehended by the audience became particularly important within a two-minute presentation. In this case, introducing technical or unfamiliar terms, charts, or large amounts of text, all of which took time to digest, detracted from capturing and conveying the overarching message.  Those that were most effective maintained a narrative delivered by the author’s voice supported by simplified abstract representations, sophisticated animated graphics or, perhaps most powerfully, clips of people and places.

The two “outstanding” videos are instructive here. Why Balconies Matter? used a series brief clips of inhabitants situated in their respective widely different balconies and expressed how they saw their value and limitations. As such, the issues were made self-evident before the author appeared at the end of the video to make the case that developers and architects should give them greater design consideration. In Cairo Green Spaces, a seriesaerial images at the city scale and ground level images of before/after major developments supported the author’s compelling narrativeof the loss of green spaces in a dense urban environment over time. The case for the need for management practices that place greater value on green spaces was further illustrated with images/clips of citizens benefiting from having access to them. By framing the narrative around the experiences of ‘ordinary’ people within the places where they live, these two videos would be both readily understandable and draw an empathetic response from a broader non-technical audience.

Research strives for the ideal of objectivity in which any biases of the researcher are avoided, and that data collection, data analysis, interpretation and publication of the results are truthful.  In the case of the videos, the researchers were obviously integral to the preparation and delivery of the videos, and they thereby selected what to include or not. This clearly involved making a series of judgment calls regarding the most convincing case. However, irrespective of the strength of the case, the ways and extent that the author was present within the videos played an important role in either supporting or detracting from the overall message. In some videos the author appeared as a prominent and even dominant visual presence and in doing so (either by design or otherwise) personalised the research. In others, the author’s voice explained the research or told the story, and in some the issues were presented only as text. This is not an issue of which approach is right, wrong, good, or bad, but a matter of degree.

The PhD Video Challenge has provided a valuable new path by which building-related research can be made accessible to a broad audience and a means by which PhD students can gain wide exposure of their research. A People’s Vote devised by the organisers, for example, remarkably generated over 13,000 views in the space of a couple of weeks. All participants in the Challenge clearly raised their “profile”. This can help them to increase potential collaboration and pursue future postdoc appointments.It also provided two other important benefits for the doctoral students. First, the primary requirement of the Challenge was for students to communicate why their research matters. While seemingly strange to ask those who already invested a huge amount of time and effort to pursue a set of questions already deemed to be important by their supervisory committees, it is a critical one. Research funding is invariably subjected to justification so demonstrating its relevance and potential benefits to society is a necessary skill. Second, while the videos will be of interest to a wider academic community, they will almost certainly prompt other research students to reflect on the significance of their own work and how they themselves would convey their work to a non-specialised audience.

Collectively, these videos show that many “built environment” research issues are no longer constrained by disciplinary boundaries. This is a recognition that current societal challenges require engaging a broad range of stakeholders. Moreover, the Challenge conveys a positive message about the research community in general. The wider public probably only see the products of research filtered through news articles. The Challenge made research accessible and demonstrated how it strives to enhance their lived experience. 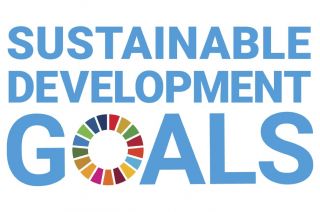 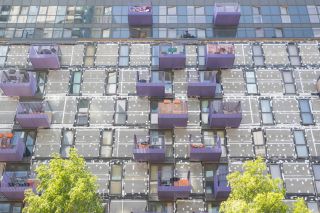 Next article
Modernize and Die? Challenging Technological Optimism in Construction