Housing Adaptability: Some Past Lessons

Past research on housing is still relevant to today's research and policy agendas.

The issues of how housing can be adaptable are not new.  Construction historian Andrew Rabeneck reflects on research and practice from the 1970s that should be included in current conversations. Several different strategies exist: Limited Flexibility, Full Flexibililty, Build On (at a later date), Build In (at a later date), Adaptability (through the provision of extra space). One of the simplest and least cost options is the enhanced space provision i.e. an increase in room areas of up to 10% and looseness of fit – allowing ‘occupant choice through ambiguity’, with minimum predetermination of patterns of use.

Nearly half a century ago I co-authored two very extensive articles in Architectural Design about housing flexibility and adaptability (Rabeneck et al., 1973, 1974). This was a potent topic then, as it is now, because space standards for public housing were under pressure from government and rampant inflation in the wake of oil price rises was causing a serious diminution in standards for typical housing offerings in both the public and private sectors. The result was rapid obsolescence of housing and early physical deterioration often leading to premature demolition. Some form of flexibility seemed to offer attractive antidotes, both technically and because it promised some freedom of choice for occupants. Flexibility, then as now, fascinated quite a few architects.

The first of our two articles described projects for flexible housing from all over Europe, Scandinavia and the UK. Our research into models of European housing flexibility was funded by a major manufacturer.[1] What we found were several different existing approaches to providing some flexibility in housing, from demountable partitions to occupant layout planning systems, as well as financial incentives and provision for future expansion, etc. Thirty projects were documented (all of which we visited) representing widespread response to growing constraints on housing.

The second article analysed what we had found. Regardless of how the problem was defined, each approach to flexibility took the form of insurance against predicted life events. As such, each entailed a degree of overprovision of some feature or performance attribute of the housing, above what might be considered a ‘normal’ base. Measuring the value of the overprovision, absolutely and in terms of opportunity cost, lay at the heart of our analysis. In contrast to more recent work by Till & Schneider (2007) that avoids discussion of the cost implications of flexibility, we considered cost to be fundamental to any proposal. We therefore made detailed cost analyses for five models of flexibility using a methodology developed by Philip Stone at the Building Research Establishment (Stone, 1970). The models and their premiums above conventional construction cost at the time (based on an analysis of 25 projects built between 1968—1971), were:

The analysis showed clearly that adaptable solutions, relying on enhanced space provision, provide the best hedge against future uncertainty and rising living standards at the lowest cost. The adaptable approach, in contrast to flexibility that depends on technical overprovision or demountable systems that rapidly obsolesce, or those requiring future additional capital (Build In and Build On), emphasises planning and layout more than construction technique. It is based on carefully considered variations in room sizes, relationship between rooms, distribution and positioning of services, slightly generous useable floor area, generous openings between spaces and minimum overt expression of room function. The article also provided a survey of housing designs that display adaptable characteristics. Successful examples of these included:

Note that within the types of housing listed above there is a virtual absence of built-in furniture. Room function is usually defined by items of moveable furniture and storage units. Conclusions from our research were that adaptable housing should be built with an increase in prevailing net areas of up to 10% (i.e. about 6% cost increase), to provide the ‘slack’ necessary to accommodate real variety of use. Simple plan forms, regular structure and external walling would also contribute to value and resilience against obsolescence.

These findings embody an implicit criticism of functional modernist planning. We argued for an eclectic concept of adaptability that returns to first principles, that avoids stereotyping occupants. We were inspired by a notion of eclecticism borrowed from Diderot, that had been brilliantly deployed by Peter Collins (Collins, 1965). Our slogan became occupant choice through ambiguity, with minimum predetermination of patterns of use. Layouts seek to allow as wide a range of interpretations as possible; there is a minimum of design features that would inhibit particular patterns of use. Decisions about how to live in the space should remain with the occupants.

Since the 1970s there has been continuing interest in adaptable housing as space and amenity continue to be constrained, aggravated by abandonment of space standards and deregulation of construction generally. But unfortunately, the remorseless quest for lowest cost solutions that is baked into neo-liberal economics makes the achievement of adaptable housing even harder today than it was back in the 1970s. Several authors have recognised the contradictions between ‘efficient design’ and the looseness of fit that makes buildings better able to remain effective over longer periods of time (Schmidt III et al., 2016; Saarimaa and Pelsmakers, 2020). John Habraken and Stuart Brand with their visions for ‘Open Building’ and flexible building had been making a similar point for decades.

The pressing imperatives of climate change may at last make adaptable forms of housing the economically obvious choice. They are exemplars of sustainability. Resource scarcity and the cost of energy embodied in construction already frequently make re-development less attractive than adaptation and re-use. At least these matters are being taken more seriously by politicians than they ever were. New construction with longer life and looser fit, particularly in urban areas, will become increasingly viable. And that is before the imposition by governments of serious penalties and incentives that are bound to come, needed to goad the very conservative materials and construction sector to wake up to the new reality. Access to capital, too, is likely to become more contingent on life cycle costing and resource efficiency. Hopefully sustainability will soon become more than just a fuzzy slogan, as successive government reports have insisted it needs to be (Pearce, 2003; Stern, 2007).

The editors of the Buildings and Cities forthcoming special issue on Housing Adaptability rightly highlight different types of adaptability – environmental, spatial, social, multi-user - each of which should play a part in achieving the genuine sustainability that will be fundamental to our survival on the planet.

[1] As Building Systems Development (BSD), a consultancy, our research was sponsored by Strafor+Hauserman, the French partners of American E. F. Hauserman, steel partition manufacturers, who operated a sophisticated metalwork factory in Strasbourg, making furniture and partitions for offices (they later made Steelcase furniture for Europe). Hauserman had been the successful partition suppliers for the SCSD California school building system managed by our principal, architect Ezra Ehrenkrantz. We, BSD London, had discussed with Strafor a possible residential market for their partition products, and they agreed to pay for the research. 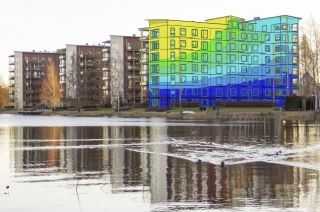 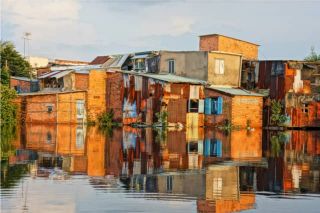 Next
COP26 & Beyond: What Role for Cities?

Publishing Books: Some Advice and Warnings

Philip Steadman (University College London) has authored a dozen books over 50 years. Reflecting on his own experiences, he offers some advice to new authors planning to publish books about architecture and building.