COP27: A Step Ahead or a Missed Opportunity?

What immediate and deep climate actions can be made in the slow-moving built environment? One significant action will be to rethink the standards and delivery of personal comfort. This radical shift could be done swiftly and effectively by both top-down and bottom-up actions.

A sense of urgency

Thirty years after the establishment of the United Nations Framework Convention on Climate Change (UNFCCC) in Rio de Janeiro, the 27th session of the Conferences of Parties (COP27) at Sharm el-Sheik in November 2022 marked a significant midpoint between the Paris Agreement of 2015 and the horizon of 2030, the year representing a first benchmark for the agreed reductions of GHG emissions.

At the conclusion of almost two weeks of intense works and negotiations, the words of UN Secretary-General António Guterres (2022) expressed satisfaction, but with a hint of severe warning:

“Our planet is still in the emergency room […] The world still needs a giant leap.“

Previously, the Paris Agreement – the legally-binding treaty adopted at COP21 – had set the goal to limit global warming to well below 2oC, preferably 1.5oC, through increasingly ambitious climate plans (Nationally Determined Contributions, NDCs) (UNFCCC, 2015). The COP26 of 2021 in Glasgow had given a fundamental contribution to finalise the Paris Agreement with the adoption of the Glasgow Climate Pact, finally completing the Paris rulebook and driving actions on mitigation, adaptation, finance and collaboration (UNFCCC, 2021). Yet, a preparatory report to COP27 showed that – although the combined climate pledges of COP contracting parties are finally bending the curve of global GHG emissions downward – these efforts still remain insufficient to reach the Paris targets (UNFCCC, 2022a). Hence, the pressure put on COP27.

COP27, however, did not fully live up to its ambitions. From a perspective of mitigation, the parties resolved to pursue further efforts to limit the temperature increase to 1.5oC, emphasizing the necessity for rapid, deep, and sustained reductions in emissions. Nevertheless, no real advances were made from Glasgow, and negotiators failed to reach binding commitments on increasing and accelerating fossil fuel emission cuts.

Slightly better results have been achieved on the front of adaptation. After decades of pressures by developing countries, richer nations finally acknowledged the need for funding for climate loss and damage (UNFCCC, 2022b). Although deployment mechanisms will have to be defined by future talks, this is an important breakthrough in the recognition of where climate impacts occur and the financial contributions that are necessary to address them. Significantly, emphasis was given to the

“transition to sustainable lifestyles and sustainable patterns of consumption and production”

“pursuing an approach to education that promotes a shift in lifestyles while fostering patterns of development and sustainability based on care, community and cooperation.” (UNFCCC, 2022b)

Also, the COP27 Implementation Plan recognised the requirement for a synergistic approach to tackle the interlinked crises of climate change and biodiversity loss, alongside the opportunities of adopting ‘nature-based solutions’, in the strive to achieve the UN Sustainable Development Goals.

The meagre results from the COP series cast a shadow on the efficacy of this governance process. The ‘Climate Clock’ shows there are only 9 years of emissions left before the threshold of 1.5oC increase in temperatures is reached, i.e. 18, 28 & 38 years before the EU/US, China and India have pledged to reach a net zero carbon emission target (2050, 2060 and 2070, respectively). The final rise in temperature remains uncertain before global carbon emissions reduce to net zero.

The plea at COP27 for a transition to new ways of life requires more economic and human resources, as well as higher political capital and a change in focus, as it was mentioned by many parties in Sharm el-Sheik. This makes cities and buildings all the more crucial in the fight against climate change, as those have the potential to massively contribute to curb energy requirements and resiliently adapt to new climate scenarios. This implies substantial and concerted commitment, particularly when considering that the building construction sector is an industry that is typically slow to change, especially in mature economies. Nevertheless, the achievement of such ambitious objectives is still in sight if we manage to boost the efficiency of our energy infrastructure – from urban fabrics to transport, from distribution networks to end-uses, as well as, most critically, to fundamentally rethink the very nature of energy demands.

For example, energy systems in buildings convert fuel or electricity into heating, cooling, ventilation, and lighting. But who is this serving? The greatest contributors to buildings’ energy demands are, indeed, the occupants (Janda, 2011), who use energy systems to create the conditions that are deemed comfortable to perform their tasks and activities. The question is how efficient are the comfort targets embedded in our standards and models? And, are these actually effective and sufficient for both people and planet?

A significant gap is commonly detected between design predictions and measured outcomes in terms of building energy performance and occupant satisfaction (Altomonte & Schiavon, 2013). This is often due to design standards and models providing a narrow range of indoor environmental conditions. Although fundamentally aimed at energy efficiency, this short-sighted approach might end up with the exact opposite result (Altomonte et al., 2020). By stifling comfort into average acceptability, conventional design practices disregard the variations in perception and subjective evaluation that drive users’ preferences and, ultimately, influence their energy behaviours (Ford et al., 2022). Also, these highly prescriptive operating criteria offer little opportunities for personal adaptation and control. Conversely, building management systems could be adjusted to maintain environmental settings under wider and more relaxed ranges (Yun, 2018), which would significantly reduce energy demand. Finally, limitation of dynamic stimulation might also negatively impact the health and well-being of building dwellers, depriving them from the fluctuations in exposure that can entrain circadian processes and trigger physio-psychological responses. At a population level, this may imply severe long-term impacts on social health, economic and, ultimately, energy costs (Licina et al., 2021).

A radical shift in the role held by energy to power our societies is therefore needed with adequate ensuing changes in financial policies and uptake of immediate, resolute, and collective responsibility by decision-makers, city-planners, building designers, developers and stakeholders, as well as the general population, to determinedly and directly participate in climate action. This is a crucial step in a challenging path, whose delicacy is further exacerbated by an increasingly complex global geopolitical situation, energy and food crises compounding the impacts of climate change, and the instability of our societies and economies due to the yet fragile and precarious recovery from the COVID-19 pandemic (UNFCCC, 2022b).

COP27 had pledged to move from negotiations to implementation and to translate words into action. Although not entirely responding to these objectives (and constrained by the lack of progress in emission goal settings) the outcomes of COP27 do bring some positive signs towards more “just and inclusive” (UNFCCC, 2022b) climate finance and action. Yet, the need to drastically reduce emissions, set stricter targets and longer-term low GHG emission development strategies (LT-LEDS), and, ultimately, “end our addiction to fossil fuels” (Guterres, 2022), still requires more substantial advances, implying both top-down management strategies and financial policies, and bottom-up pushes in the way in which energy is actually engrained in our very ways of life.

“You never change things by fighting the existing reality. To change something, build a new model that make the existing one obsolete.” (quoted in Quinn, 1999)

Building this new model is a challenge that we should all endeavour to commit to.

Guterres, A. (2022). Statement by the Secretary-General at the conclusion of COP27 in Sharm el-Sheikh.

UNFCCC. (2021). Report of the Conference of the Parties. Glasgow: United Nations. 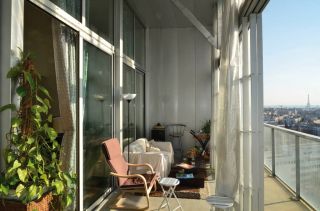 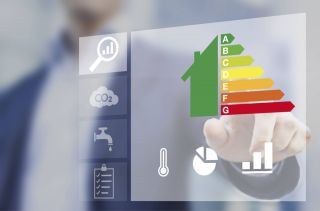